Yamaha has introduced a new Concept-validation-experiment EV model called MOTOROiD. The company showcased the new tech to Indian customers at the Auto Expo 2018. It aims to create a new-generation motorcycle starting with the new self-balancing autonomous bike. Read more to find about Yamaha MOTOROiD Autonomous Bike Price, Availability, and Features 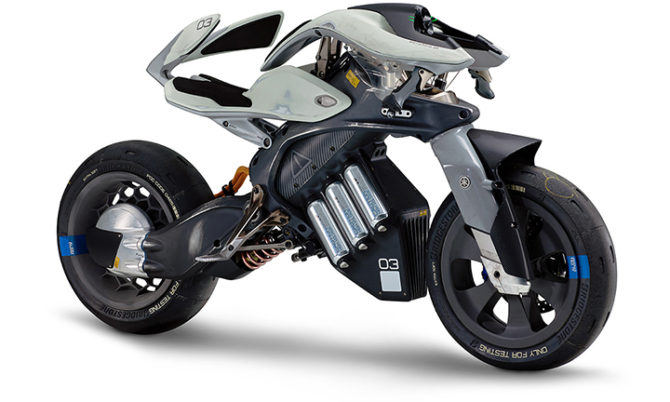 The new concept-validation-experiment EV model that aims at personal mobility with people and machines. The new experience is based on motional value. It was developed with the help of artificial intelligence. The company aims to raise the future image of mobility beyond transportation and offer additional values for the customers.

In the official demonstration, the Motoroid used an onboard computer and cameras to recognize the person ahead. It switched itself on, balanced itself on its two wheels, came forward, stopped and went back (with only hand gestures).

Also read: Samsung Galaxy C10 Plus Spotted With 6GB RAM – All We Know So Far

How Does Yamaha Motoroid Work

The new MOTOROiD uses an advanced balance control system. The machine senses its own state, moves to the upright position (by changing its center of gravity) and maintains its position. It can recognize its owner and acts more like a riding partner. The new concept model responds to its rider’s behavior through various functions.

The new bike essentially rides around by itself. The self-balancing motorbike adjusts its seat girders according to the rider and goes on autonomously. It projects a floating augmented display in front of the rider.

Yamaha claims that the new MOTOROiD Autonomous Bike is capable of doing much more than riding by itself. It promises that new features will be revealed in near future. As of now, there is no information about the price and availability details of the new bike.