After teasing its upcoming smartphone numerous times in the past few months, Yu Televentures has finally taken the wraps off its much anticipated flagship smartphone, dubbed the Yu Yutopia.

Touted as the ‘World’s most powerful smartphone,’ the Yutopia is loaded with excellent features. It does not only have a great spec-sheet, but also looks stunning on aesthetics front. It also features a fingerprint scanner for additional security. Read on to find out detailed information on specifications, features, price and availability of the device. 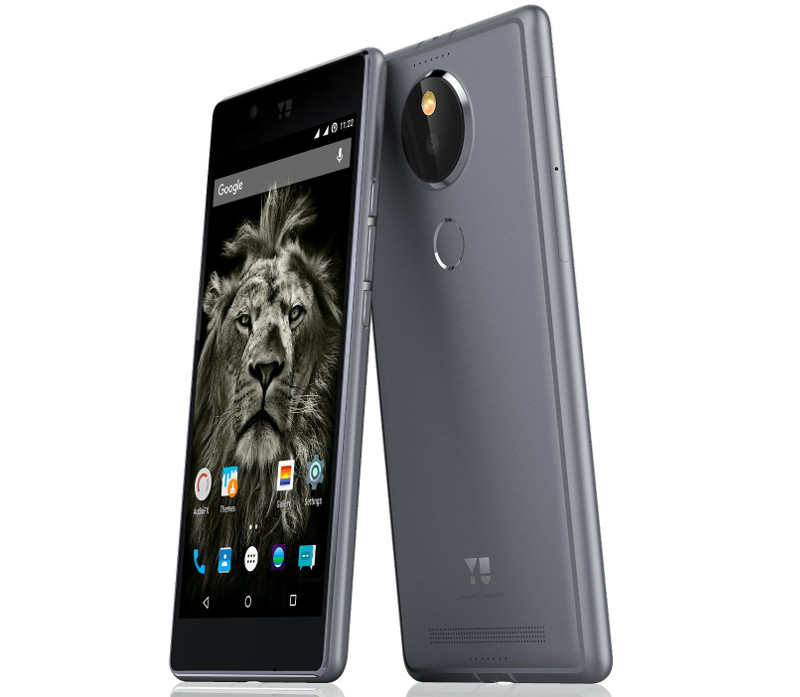 On design front, is flaunts its aircraft grade aluminium build and measures just 7.2mm in thickness. It features Saturn rings camera design on the rear panel as seen in Yu Yuphoria and Yunique. Fingerprint scanner is located on the rear of the phone which can be used to wake up the smartphone and to click selfies.

As for specifications, it is powered by a 64-bit octa-core Qualcomm Snapdragon 810 processor paired with Adreno 430 GPU and massive 4GB of RAM. Running Cyanogen OS 12.1 based Android 5.1.1 Lollipop operating system, it features a 5.2-inch Quad HD display with 2560×1440 pixels resolution.

On camera front, it sports a 21 mega pixel rear camera with LED flash and an 8 mega pixel front facing camera. For storage purpose, the phone houses 32GB of internal memory which can be expanded further via microSD card. Backed up by a 3000mAh battery, it supports Quick charge 2.0 technology that charges the phone from 0 to 60 percent in just 30 minutes. Connectivity options which the Yutopia offers, include 4G LTE, Wi-Fi, Bluetooth and GPS.

The Yu Yutopia is priced at Rs. 24,999 and can be grabbed exclusively from Amazon India. Pre-bookings are now open and shipping will start from December 26, 2015. It comes bundled with Little Bird earphones from the House of Marley for free inside the box.

Yu has also launched a software services product called Around Yu, along with the Yutopia. It allows users to conveniently explore and access services ranging from buses, flights, cabs, hotels and more.

Considering stunning design, powerful spec-sheet and competitive price tag, the Yu Yutopia appears to be a real beast to us. What do you think of Yutopia? Share your views with us in the comments section below!