Following the same practice as Xiaomi, Yu Televentures has launched its Yuphoria smartphone alongside a fitness tracker dubbed the YuFit Band to take on the Mi Band. With a number of fitness trackers flooding the Indian market, it becomes abstruse for a buyer to choose from variety of wearable available. Thus, in this post we have pitted YuFit Band vs Xiaomi Mi Band against each other to see how they fare. If you are going to buy a fitness tracker and are confused among the two recently launched wearables, check out this post to pick the best one! (You can check out detailed review of Xiaomi Mi Band- Here) 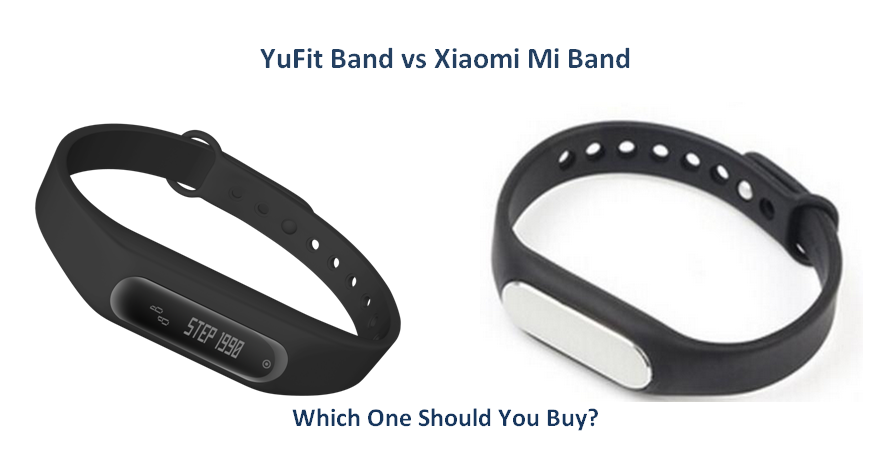 Though basic functions of both the bands remains same such as tracking steps, sleep, distance travelled and calories burnt, YuFit comes with additional functions. Besides these functions, YuFit displays time, incoming calls and messages on its LCD display. The Mi Band lacks a display but comes with LED light indicators and notifies the user about incoming calls on synced smartphone by vibrating. The highlight of Xiaomi Mi Band is its impressive battery which is enough to last for 30 days.

Both the bands are priced at Rs. 999. The YuFit will go on sale starting June 2015 on company’s official website. First 1000 YuFit users will get free assistance from trainers and coaches. Mi Band has already been rolled out for flash sales twice and is waiting for the third.

On design front, the YuFit looks like the Mi Band except for display. Both wearables are priced the same, yet the former has an upper hand over its rival. YuFit comes with LCD display and find my phone feature which Mi Band lacks. It also offers its users to opt for coaches and personal trainers for dedicated assistance. YuFit band is certainly loaded with more features than the Mi Band and is a value for money device at this price point.

Which fitness tracker among YuFit band and Xiaomi Mi band do you think is better? Let us know in the comments below!