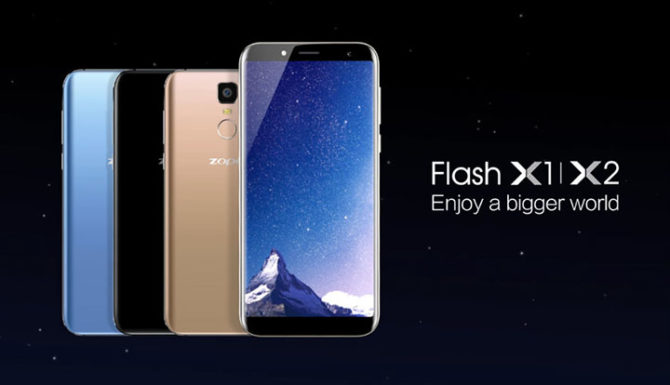 The Zopo Flash X1 and Flash X2 are priced in India on Wednesday at Rs 6,999 and Rs 8,999, respectively. The new smartphones will be available for sale in October.

Also read: LG K7i Launched With ‘Mosquito Away’ Technology – All You Need To Know

Also read: Lenovo K8 With 4000mAh Battery Launched in India – All You Need To Know

The bezel-less display with 18:9 aspect ratio is the trending feature this year (seen on most flagship handsets from LG, Samsung, etc). Zope is one of the first smartphones to bring the wide display at a budget price. Will you go for the new smartphones? Let us know in the comments section below.