Zopo, the leading Chinese mobile company has just made its foray in the Indian smartphone segment and is looking to take on the Indian mobile giants who have taken a huge share of the mobile market in India. Zopo has just launched a 5.7 inch phablet in the market and has priced it at a price point which appears to us is a bit optimistic for a brand which still has not gained a lot of popularity with the Indian consumers.

The smartphone has been priced at Rs.15,999 and can be pre-booked from the company’s Indian website. Zopo Leader Max ZP950 is the name and the 5.7 inch HD display comes with a screen resolution of 1280×720 pixels and is an IPS display which makes it one of the best displays on offer currently in the budget smartphone segment and it has another segment first, it runs on Android 4.1 Jelly Bean which is not on offer currently in any other smartphone segment. 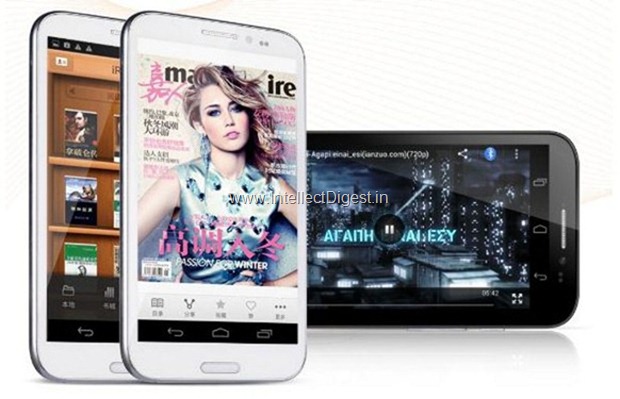 Processing power comes from a Mediatek 1 GHz dual core processor and finally we have Gig of RAM on offer, something which has been sorely missed on the budget phablets. Inbuilt storage stands at 4 GB which can be expanded via a microSD card up to 32 GB. Connectivity options are all covered with 3G, WiFi, Bluetooth and GPS on offer. The phablet has quite a capable camera which is an 8 MP unit with PV CMOS sensor and comes with a LED flash for low light photography. The 2MP front camera comes with HD video recording capability which is another segment first.

The ZP950 weighs a hefty 210 grams but that is mainly due to the large size of the smartphone. The phone is available for pre order as of now and the shipping shall start in a while. Zopo also intends to launch a quad core phablet by the time January ends and seeing the amount of segment firsts they’ve brought to this phablet, expect these to be carried on to the next flagship as well. Zopo maybe Chinese but they surely know what Indians would like. The bigger the better is the new mantra.