Since the launch of JioPhone, telecom operators like Idea and Airtel were reported to be working on their own super affordable phones. New reports suggest that the Airtel plans to launch its mass-market 4G smartphone before Diwali. Read more to find about Airtel 4G Phone Price in India, Specifications, and Features 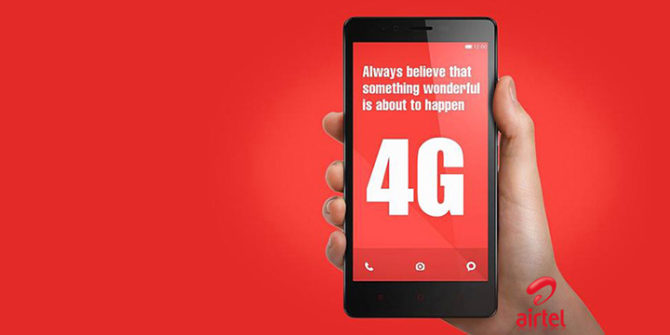 The upcoming Airtel 4G feature phone will be priced at Rs 2500. It is expected to be launched by September-end or during the early October (ahead of the festival season in the country). Airtel already has a large distribution and retail chain spread across the country. The company will be easily able to reach feature phone users willing to spend around Rs 1,000-1,500 extra for a smartphone.

Airtel’s new move into phone segment comes after the launch of JioPhone. Reliance Jio is bringing a free 4G handset in the Indian market. Idea and Intex have already confirmed that they are working on their own 4G devices. However, the launch date and price were not confirmed.

Also read: Reliance JioPhone Launched At Rs 0 – All You Need To Know

The upcoming Airtel 4G Phone will be bundled with data and voice calling benefits (similar to Jio). The company plans to bring a cheap smartphone with a bigger screen, better camera and better battery performance than a feature phone. It will run Android operating system. Users will be allowed to download all apps from the Google Play Store.

Another report suggests that the Airtel handset will be based on Android Go.

The Airtel 4G phone will be financed by the handset makers and not Airtel. It could be manufactured by domestic manufacturers like Lava and Karbonn. The new phone will allow the telecom giant to push back Reliance Digital’s claim on the market share. The JioPhone (a smart 4G feature phone) effectively costs Rs 0. Reliance plans to offer 500 million feature phone users in India. JioPhone will offer free data and voice calling benefits for a month along with pre-loaded Jio apps.

Idea is also working on bringing a cheap smartphone in India priced at Rs 2500. While Intex plans to bring a 4G feature phone called Turbo+ 4G. The Turbo+ 4G comes with 2.4-inch QVGA display and 2000mAh battery. It runs KaiOS software. The Intex handset is expected to hit the market by Diwali at a price of Rs 1,999.

In an interesting turn of events, all major operators are now focusing on roughly 500 million feature phone users in the country. We will have to wait and see how the scenario changes in coming months. Currently, the average selling price of a 4G smartphone is Rs 11,000. The world of 4G VoLTE enabled devices is about to see a major shift.