Reliance AGM has officially launched the highly anticipated JioPhone. The new feature is being touted by the company as ‘India ka Smartphone’. With the new feature phone, Reliance plans to reach estimated 50 crore feature phone users who have not been able to use the Jio 4G. The JioPhone comes with 4G VoLTE support. Apparently, the mobile network has ordered 18-20 Million units of the new device from Chinese manufacturers. Read more to find about Reliance JioPhone Price in India, Specifications, and Features 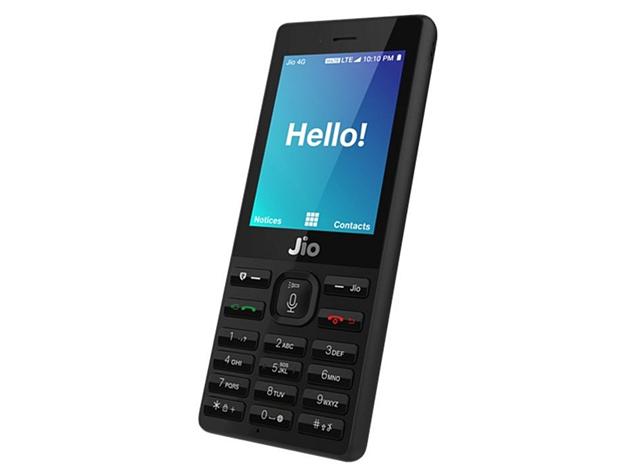 The Reliance JioPhone comes at an ‘effective price’ of Rs 0. However, you have to deposit Rs 1,500 (refundable) for the device. You can return the phone after three years and get a full refund on the deposit.

By offering a new 4G phone for free, Reliance is sure to disrupt the market. Most feature phone users are stuck with 2G speeds. The 4G option at such an affordable price will revolutionize the data usage among Indian consumers. The new feature phone is heavily subsidized by Reliance to gain a huge user base.

The Reliance JioPhone will come with different data packs.

The Reliance JioPhone is supported by 512MB RAM and 4GB internal storage (expandable via a micro SD card). The 4G feature phone will sport a 2.4-inch display with a resolution of 240 x 320 pixels. On the camera front, it will sport a 2-megapixel rear camera and VGA front camera.

The dual-SIM phone accepts both a Micro-SIM and a Regular SIM. Connectivity options on the feature phone will include 4G VoLTE, Wi-Fi, Bluetooth, GPS, Headphones, FM radio, and NFC. The phone comes pre-loaded with apps like Facebook and an internet browser. Users will be able to access digital content with the free subscription to Jio apps. It comes with dedicated buttons for MyJio, JioTV, JioCinema, and JioMusic apps.

The Jio Phone also comes with NFC support that will offer ‘Tap and Pay’ solutions with a linked bank account. Similar to Samsung pay, the Jio Phone will also support UPI payments, and debit and credit card payments. Other features include a panic button for emergencies.

Reliance Jio Phone is part of the company’s aggressive move into the Indian mobile market. The telecom operator already has 112.55 million users on its network. A low-priced, 4G feature phone with a complimentary tariff plan will add millions of users to the Reliance Jio services. Along with standard feature phone functionality, the new Jio Phone also supports voice commands and comes with pre-loaded apps.

Reliance aims to expand its network over next 12 months to cover 99 percent of the population. Reliance claims that with a focus on connectivity, data affordability, and device affordability, India’s 4G coverage will be more than its 2G coverage. The low-cost 4G feature phone will further extend the battle of telecom operators. How long will the users benefit from this ongoing war? We will have to wait and see.