2014 was a big year for gaming enthusiasts. Ubisoft released 2 new titles in the Assassins Creed series, EA Sports suprised PC Gamers with FIFA 15, and Microsoft’s Sunset Overdrive took the world by storm. But out of the thousands of games released, which ones really defined 2014? Here is our list of The Best Games Of 2014 where we present you with 7 awesome games you must play.

The Evil Within by Tango Gameworks

The Evil Within was a landmark in horror gaming, and the debut of Tango Gameworks. It was released on Oct 14, and sold over 818,000 copies in the first week. The game is simple; you are veteran police detective Sebastian ‘Seb’ Castellanos, who is investigating a gruesome mass murder at the Beacon Mental Hospital with your fellow officers, when a man in a white hood and body scars, slaughters your colleagues. You have to escape the hospital. This is a typical horror game, but with indefinite and frightening twists. The game has wonderful graphics, and is a must for the daring gamers. Buy now from Amazon USA here. 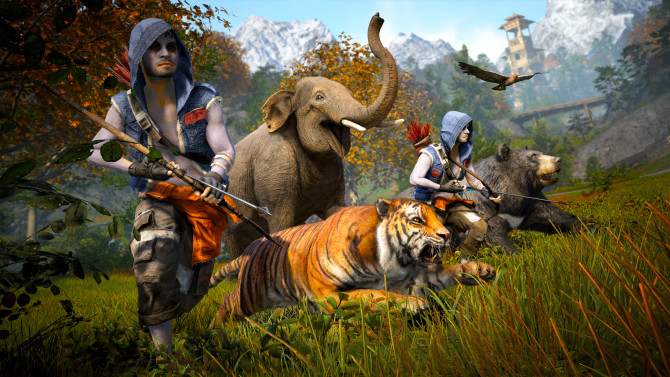 Ubisoft has done a brilliant job in Far Cry 4. The graphics are breath-taking, the gameplay is amazing and the plot is simply mind-blowing. You take control of Ajay Ghale, who is on his way to Kyrat to spread his deceased mother’s ashes, when the Royal Army take over your bus and you are taken prisoner. Far Cry 4 evolves from there, and gamer is pushed into the cruel world of Kyrat, Nepal after escaping the prison. This game offers endless hours of mystery, adventure, shooting and driving. This game is a revolution in the series, and Far Cry fans should surely try it. Buy now from Amazon USA here.

Call of Duty is a household name in the gaming world. The series offers phenomenal gameplay, extraordinary graphics and a superb storyline. And Call of Duty: Advanced Warfare is no exception. This game is packed with action and shooting and is just what the gaming community has been waiting for. This is the story of Private Jack Mitchell, who works for private military ATLAS after he lost his left arm in a battle in South Korea. Terrorist Organiztion KVA has destroyed nuclear reactors of countless countries, and as the protagonist, it’s your job to take him down. This game is unbelievable, and is the perfect installment in the Call of Duty series. Buy now from Amazon USA here. 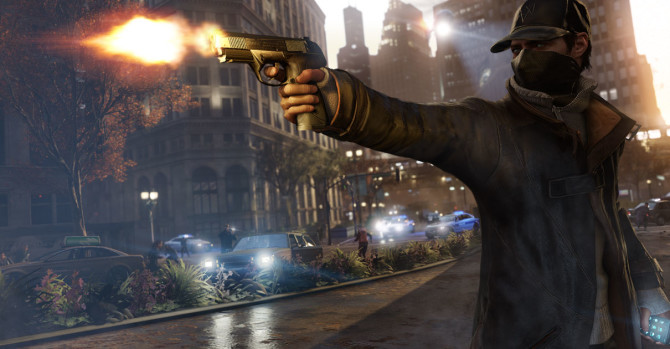 Watch Dogs is not your typical free-roaming game. It has all the features of a free-roam game, but is more than that. Watch Dogs is set in fictionalized Chicago, and is the story of Aiden Pearce, a hacker, who attempted to hack the Merlaut Hotel. However, the hack is unsuccessful and Aiden is on the run. He takes his family on a car trip, when two hitmen intercept the car and fire at the vehicle. Aiden’s niece is shot and dies. Aiden seeks revenge after that accident. The game puts you in Pearce’s shoes, and gives you the ability to hack ctOS, a system which controls Chicago. You can control traffic lights, hack into surveillance cameras, and can also intercept calls on a civilian’s phone. Watch Dogs is the perfect game for hacking fans, and is a must-have for all gamers. Buy now from Amazon USA here.

Forza Horizon 2 is hands-down the best racing game released in 2014. This game has stunning graphics and an awesome driving experience. The game features over 200 cars, and has a wide range of race type. The only drawback is the fact that this revolutionary game is only available on the Xbox platform. Victory feels rewarding, because you don’t just punish the other racers, you punish them in style. Forza Horizon 2 runs on the Forza Motorsport 5 (Xbox one) engine, and the Drivatar(Xbox One) technology, and has a dynamic weather system. Need for Speed has found itself some hard competition. Buy now from Amazon USA here. Destiny is a first person shooter game set in a fictional world. You have to defeat four different races of aliens on four different planets, with each race possessing a bizzare superpower. You make up your character throughout the game, like an RPG. This game is simply sensational, but some concepts of the game are difficult to understand, making the game complicated for new gamers. Destiny offers several game modes for multiplayer, which is fabulous for hard core gamers to face each other in multiple ways, and for newbies to test the waters. Destiny is an amazing piece of work by Bungie Games, and provides competition to other FPS and RPG franchises. Buy now from Amazon USA here.

Assassin’s Creed: Unity is the seventh installment in the Assassin’s Creed franchise. The game sold thousands of copies in the first week, and entered the UK sales chart on second position. Unity is set in Paris during the French Revolution, and you step into the shoes of Arno Dorian, who is the son of an Assassin. But his father is murdered, and Ardo is adopted. But soon, his adoptive father dies too, and Dorian blames himself. He sets out to seek revenge, and joins the Brotherhood of Assassins. The story continues from there, and takes unexpected twists throughout. And because the game is set in an early era, there’s a vintage feeling when you play this game. Climb walls, sneak on people, assassinate civilians. There’s nobody to stop you, and endless things to do. Assassin’s Creed: Unity is a delightful game, and we recommend you to play it. Buy now from Amazon USA here.

Your opinions will be different, and we would like to listen to them. Why not put what you think in the comments section below? Be sure to look out for the next article in gaming; ‘Games to watch out for in 2015’