The Indian mobile manufacturer, Celkon has launched a new smartphone in the Indian market. The new Celkon CliQ handset comes with 4G VoLTE support. Other features on the budget smartphone include 2GB RAM, Flo OS, and a 16-megapixel rear camera. Read more to find about Celkon CliQ Price in India, Specifications, and Features 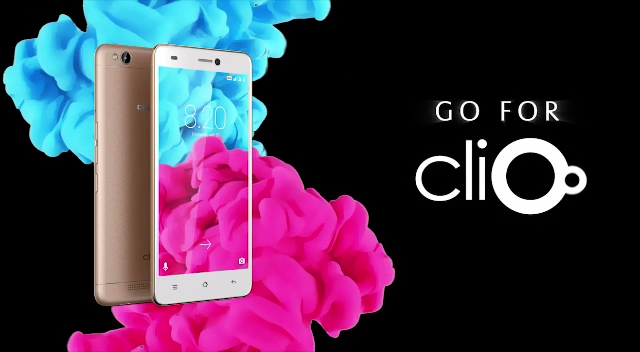 The Celkon CliQ is priced at Rs 8,399. It is now available via offline retail stores across the country.

On the camera front, the Celkon CliQ sports a 16-megapixel rear camera with f/2.0 aperture and a LED flash. There is also an 8-megapixel front camera with f/2.0 aperture for selfies and video calling. The camera features include Bokeh mode, Beauty mode, Panorama, Geotagging, HDR mode, Face Detection, Smile Shot, and Auto Scene Detection. The 16GB internal storage can be further expanded up to 128GB via a microSD card.

The new handset comes with a Live Cam feature that allows you to capture the small video clips while clicking pictures. The new feature mirrors the Live Photos feature on iOS. Sensors on the device include an accelerometer, ambient light sensor, and proximity sensor.

The budget smartphone features 16-megapixel rear camera and 4G VoLTE support as its USP. However, it does not come with any other disruptive feature. There are many smartphones in the market with the similar specs and lesser price. The Celkon CliQ will face tough competition in its price segment from the like of Xiaomi Redmi 4, Panasonic Eluga, Lenovo Vibe K5 Plus, Coolpad Note 5 Lite, and even the recently launched Yu Yunique 2. We will have to wait and see how it performs in the real world situations.