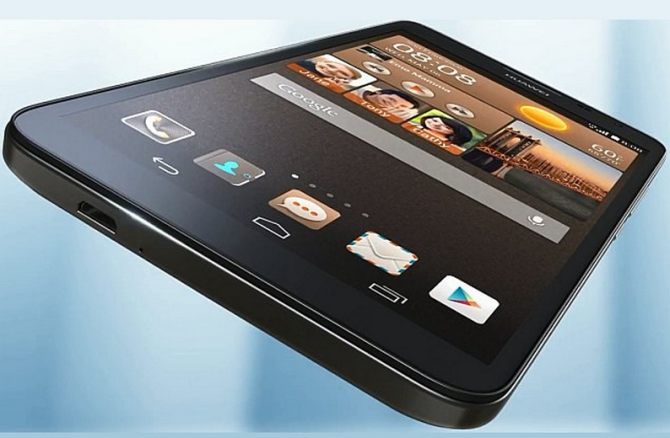 This smartphone comes with 6.1 inch massive big display with 720×1280 pixels resolution. It is powered by 1.6Ghz quad core processor from Qualcomm along with Adreno 306 GPU coupled with 2GB RAM. It runs on Android Jelly Bean 4.3 with Huawei Emotion UI 2.0. The camera is bumped up from its predecessor. There is13-megapixel fully featured camera at back along with 5-megapixel camera at front. The rear camera is auto focus camera with functions like HDR. There is 16GB internal memory and in addition it supports up to64 GB micro SD card for more.

Like camera bumped up in this smartphone from its predecessor, Huawei also manage to upgrade the radio of this device too. It comes with 4G/LTE support and able to download at speed up to 150MB and 50 MB upload speed. The device is also thinner than original Mate smartphone.

The company has not said any word about pricing and availability. But according to sources like its predecessors it will not start shipping in China. Because Huawei wants to target US costumers with this device and followed by other countries.