Facebook is slowly moving into the e-commerce segment. The company had expanded its Marketplace service into 17 new European markets. The new service connects local buyers and sellers. Additionally, it has collaborated with eBay. What’s next for the social media giant? Read more to find about eBay Daily Deals on Facebook Marketplace 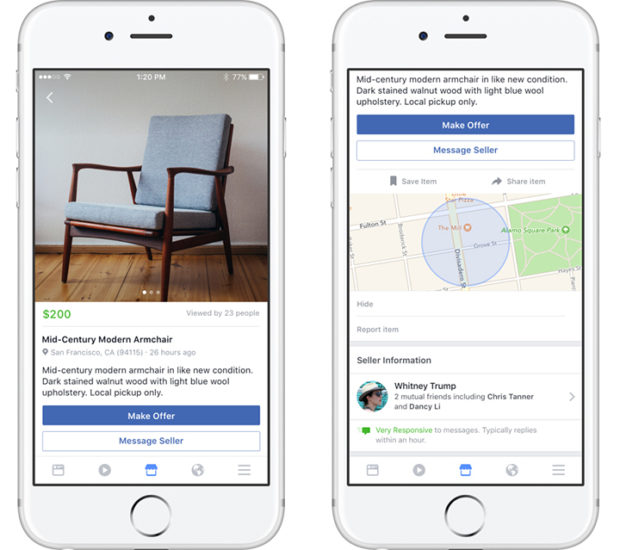 The Facebook Marketplace has launched 10 months ago in the United States, Britain and Australia. It charges no fees to buyers or sellers. Users can easily trade second-hand goods via smartphone or computer in less than 15 seconds. Buyers can pick a radius for how far they wish to travel to collect purchases. The service restricts searches within national boundaries though. Buyers and sellers can chat with each other via Marketplace’s integration with Messenger.

Facebook Marketplace is one of the many services offered by the social media network. It is building on Facebook’s buy-sell groups. The community-based e-commerce is seen as a competition to platforms like Craigslist and eBay. Currently, it is drawing almost 550 million monthly visitors. Facebook claims that 18 million items were posted for sale in the United States in May. Most transactions take place offline and are paid in cash.

Also read: How To Master YouTube Search with Simple Commands

Facebook is entering into the daily deals space in collaboration with eBay. The Marketplace section on the Facebook’s mobile app now features a selection of inventory from eBay’s Daily Deals program. You can get the latest deals can be shopped directly in the Facebook app. However, you have to checkout on eBay’s website via an in-app browser.

The eBay Daily Deals on Facebook Marketplace include products in the Consumer Electronics, Fashion, and Home & Garden categories. Around 100 new items will be posted to this section daily. There’s a countdown at the top of the page indicates how long the deals will be available and the percentage off the original price. To see the actual sale price, you will have to click on the deal itself. Deals can be shared with others via SMS or Messenger.