Gionee has launched a new device in its A1 series of smartphones. The new Gionee A1 Lite smartphone features a 20-megapixel front camera as its USP. It also comes with a huge 4000mAh battery. What is the new smartphone hiding? Read more to find about Gionee A1 Lite Price in India, Specifications, and Features 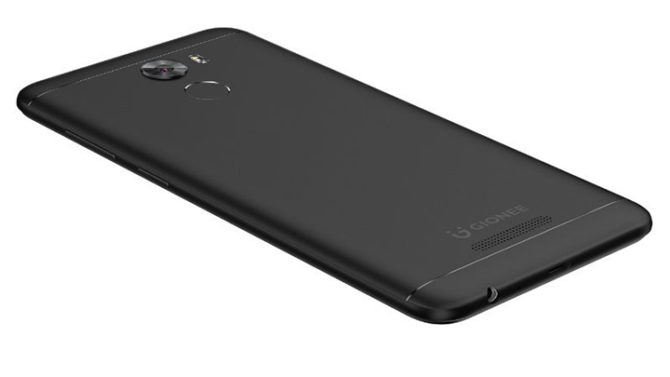 The Gionee A1 Lite is priced at Rs 14,999 in India. It will be available offline in retail stores across the country from August 10. As a part of launch offers, users will get two PayTM Cashback Vouchers Codes with Rs 250 cash back on a minimum purchase of Rs 350 on PayTM Mall. Additionally, Airtel Customers will get additional 10 GB data per month for 6 months on any data recharge of 1GB and above.

The new smartphone is essentially a lighter version of the Gionee A1. It sports a 5.3-inch full HD (1080p) display with a 2.5D curved glass cover and Corning Gorilla Glass protection. The Gionee A1 Lite is powered by a 1.3GHz octa-core MediaTek (MT6753V/WA) processor and 3GB RAM. The 32GB internal storage can be further expandable up to 256GB via micro SD card.

On the camera front, it sports 20MP front camera with 4-cell technology and soft LED flash. It comes with an independent facial enhancement algorithm that can automatically detect a user’s face and apply custom beauty settings. There is also a 13MP rear camera with dual-tone LED flash support. The 4000mAh battery offers up to 30 hours of mixed usage.

Also read: Lenovo K8 Note launched in India – All You Need To Know

The metal-body smartphone comes with a fingerprint sensor. There are capacitive navigation buttons at the bottom of the display. While the volume and power keys are placed on the right edge of the smartphone. It comes in Black and Gold colour options. Sensors on the phone include a Proximity sensor, Accelerometer, Ambient light sensor and Gyroscope.

The Gionee A1 and Gionee A1 Plus were unveiled at MWC 2017. Both smartphones were eventually launched in India at Rs. 19,999 and Rs. 26,999 respectively. The new Gionee A1 Lite comes at a more affordable price. In its segment, the mid-range smartphone will compete with the likes of Xiaomi Redmi Note 4, Moto G5 Plus, and the recently launched Lenovo K8 Note.