Honor, a brand under Huawei has launched its Honor 4C smartphone in the Indian market. The handset is priced at Rs. 8,999 and is available to buy exclusively on Flipkart.com. Alongside 4C phone, Honor has also launched a 13,000 mAh powerbank with dual charging ports and Honor Bee smartphone. As for specifications, the Honor 4C is powered by a 1.2 GHz octa-core HiSilicon Kirin 620 processor coupled with 2GB of RAM and runs Android 4.4 KitKat wrapped under EMUI 3.0 OS. Other specs include 5 inch HD IPS (1280×720 pixels resolution) display, 13 mega pixel auto focus rear camera with LED flash, 5 mega pixel front shooter, 8GB inbuilt storage (expandable up to 32GB) and 2550 mAh battery. 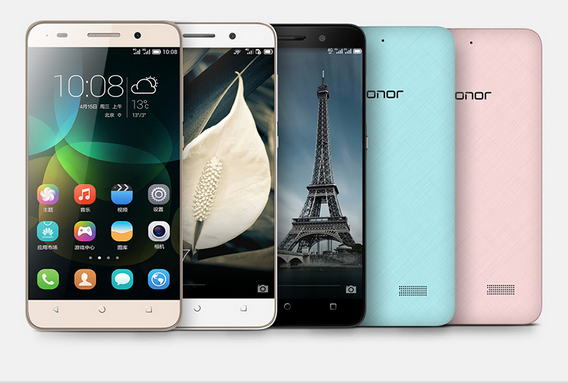 Features and Specifications of Honor 4C

Soon after launching Honor 6 Plus and Honor 4X smartphones in the Indian market, Huawei’s Honor brand is gearing up to introduce its Honor 4C smartphone in India. As per our reliable sources, the Honor 4C is going to make its debut in the Indian market in May 2015. Huawei has already unveiled its Honor 4C smartphone which give us some idea what the handset would be like. As for specifications, the dual-SIM handset features a 5 inch HD IPS display with a resolution of 1280×720 pixels and runs Android 4.4 KitKat wrapped under EMUI 3.0. It runs 1.2 GHz octa-core HiSilicon Kirin 620 processor paired with 2 GB of RAM.

There is a 13 mega pixel auto focus camera with LED flash on the rear as well as a 5 mega pixel front facing camera onboard. Camera features on the phone include Smart Smile which captures an image on detecting smile; Watermark to add watermark to images. There is 8 GB of inbuilt storage which is expandable up to 32 GB via microSD card.

The device is backed up by a 2550 mAh battery which is enough to survive up to 72 hours. The battery also features super saving mode which can extend battery life up to 7 days. Using this mode, battery can last up to 51 hours on light usage and up to 80 hours on moderate usage. The smartphone measures 143.3 x 71.9 x 8.8 mm in dimensions, weighs 162 grams and will be available in Black, White, Blue, Gold and Pink color variants.

Also Read: Huawei Honor 6 Plus vs OnePlus One vs HTC One M8: Comparison