Huawei has launched its Honor 7x smartphone globally from London and the phone is also available in India at the same time as its global sale. The Honor 7x comes in two variants with internal memory options of 32 GB and 64 GB to choose from. The 32 GB variant is priced at Rs. 12,999 while the 64 GB variant is priced at Rs. 15,999. Honor 7x is a dual camera smartphone with premium design and advanced camera features. It also comes with 18:9 aspect ratio display. Xiaomi’s Mi A1 is also a dual camera smartphone launched at Rs. 14,999 a few months back. The Mi A1 seems to be a strong competitor in the price segment and hence we are comparing these two phones head-on in this post to find out which phone is better between Honor 7X VS Xiaomi Mi A1 and why? 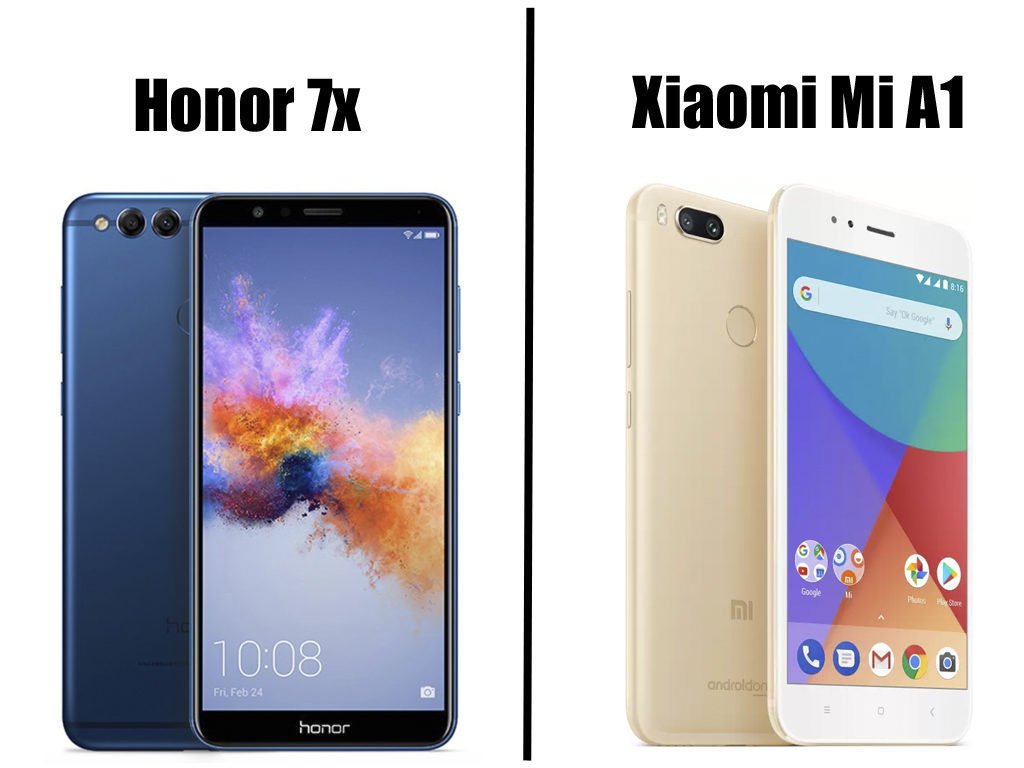 In terms of design, both the phones use premium metal and glass build. They both feel quite sturdy and good to touch. They are both very similar in dimensions as well as weight. However, the Honor 7x has an edge over the Mi A1 as the Honor 7x packs in a larger display with similar dimensions and weight.

The display is one area where the Honor 7x has a clear edge over the Xiaomi Mi A1. Besides being same in terms of weight and similar in dimension as the Mi A1, Honor 7x packs a larger display and slimmer bezels. Also, the aspect ratio on the Honor 7x is quite wide at 18:9 compared to conventional 16:9 display found on the Mi A1. The screen resolution of the Honor 7x is 1080×2160 pixels while for the Mi A1 it is 1080×1920 pixels.

Honor 7x offers dual camera setup at rear with a 16 MP primary lens and a 2 MP depth-sensing camera. This camera offers large pixel size, fast focusing with PDAF and with a secondary 2 MP depth sensor, it adds the capability to click shallow depth of field or bokeh shots. It also offers a number of modes and settings including a light painting mode which lets you take some very impressive shots. On the front of Honor 7x is an 8 MP front facing camera which has a wide lens and it lets you take clear and sharp selfies of yourself or a group of friends.

Xiaomi Mi A1 comes with a 12 MP + 12 MP rear camera setup with a wide lens and a telephoto lens. This adds to the capability of zooming lossless (by using separate lens). The rear camera here offers bokeh or portrait effect with the help of two cameras. On the front of the Mi A1 is a 5 MP front facing camera with LED flash which lets you take clear pictures even in the bad light with the use of flash.

On comparing the performance of the two phones, we found the quality of pictures clicked with Honor 7x are better in terms of dynamic range and clarity. In terms of portrait or bokeh effect, both phone cameras do a good job. In terms of front-facing camera, the flash on Mi A1 comes in handy for taking selfies in dark, however, the Honor 7x clicks pictures better with the front-facing camera.

Xiaomi Mi A1 has Snapdragon 625 Chipset with 4 GB RAM and 64 GB Internal memory. With the stock build of Android OS, it does perform very smooth without any disruption. I quite like the way it performs. The Honor 7x gets a HiSilicon Kirin 659 CPU with 4 GB RAM and 32 GB or 64 GB Internal memory option. It uses EMUI software (feature rich UI by Honor) on top of Android Nougat. It is also very fast in terms of performance and comparable with stock Android in terms of performance.

Both the phones offer a very good battery life, but Honor 7x lasts slightly longer compared to the Mi A1 because of a more efficient chip and a larger battery capacity of 3340 mAh compared to 3080 mAh on Mi A1.

Verdict- Honor 7x VS Xiaomi Mi A1- Which Is Better And Why?

Although the Honor 7x costs around Rs. 1000 more than the Mi A1 for the 64 GB variant, it offers a better design with slim bezels, better display, better camera performance, similar hardware and software performance and better battery life. If I have to choose one of these two phones, I would definitely pick the Honor 7x. 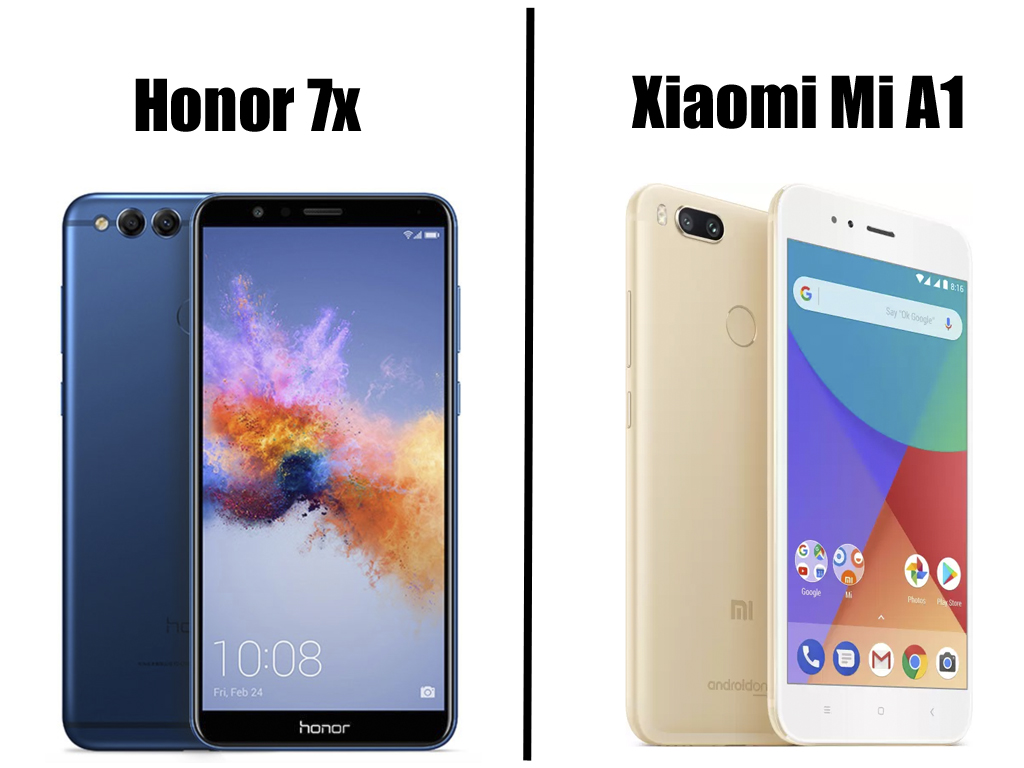