Huawei sub-brand Honor has launched its budget smartphone Play 7 in China. The Honor Play 7 sports a 24-megapixel selfie camera. It is also built with an 18:9 FullView display. The smartphone is currently being sold only in China for Yuan 599, which is roughly Rs. 6,382. 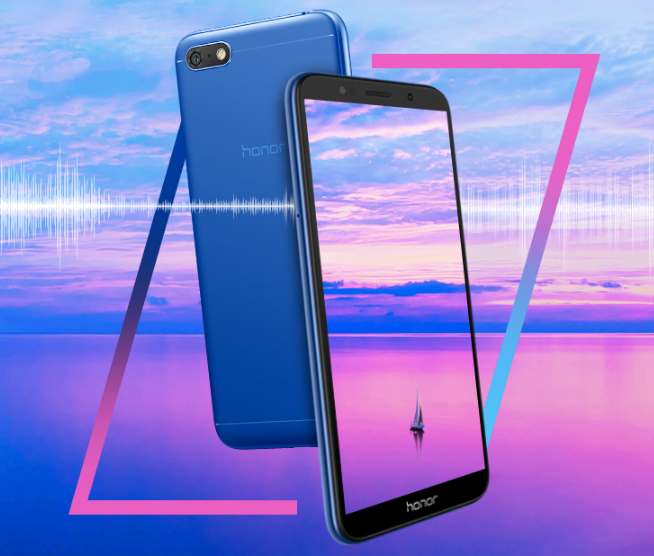 The Honor Play 7 is being sold in Black, Gold and Blue color variants.

The smartphone is powered by a MediaTek MT6739 mobile processor. It further backed with 2GB RAM and 16GB internal storage. The smartphone has a 5.45-inch HD+ (720x1440p) display with an 18:9 aspect ratio.

Honor Play 7 also has a microSD card slot, to expand its internal memory (which is up to 256GB). In the battery department, the phone has a 3,020mAh battery pack. The mobile phone runs Android 8.1 Oreo.

In the camera department, the device has a 24-megapixel selfie shooter with a f/2.0 aperture. The selfie camera is equipped with a soft LED flash and beauty mode for photos and footages. On the back, the smartphone sports a 13-megapixel rear-camera. It is equipped with dual-tone LED flash and 4x digital zoom. The Honor Play 7 is a total selfie-focussed camera smartphone.

The smartphone doesn’t have a fingerprint reader or face unlock procedure.

The company also launched its Honor 10 in London recently. The smartphone is dual-Nano SIM supported. It runs EMUI 8.1 on Android 8.1 Oreo. The device is built with a 5.84-inch full HD+ (1080×2280) FullView display with a 19:9 aspect ratio. It also has an 86.2% screen-to-body ratio. It is powered by an octa-core HiSilicon Kirin 970 SoC. The device includes four Cortex-A73 cores clocked at 2.36GHz and four Cortex-A53 cores clocked at 1.8GHz. The smartphone is also backed with 6GB RAM.

In the camera department, the smartphone is equipped with a dual-rear camera setup. It consists of a 24-megapixel sensor and a 16-megapixel sensor with a f/1.8 aperture and PDAF. It also has AI photography mode which recognizes scenes and objects in real-time. The rear camera module has been named as an ‘AI Camera’. It processes features like 3D Portrait Lighting and HDR. On the front, the phone has an AI Camera. It is a 24MP selfie shooter with 1.8-micron pixels and a 3D Portrait Lighting mode.

Article Name
Honor Play 7 Launched In China With 24-Megapixel Selfie Camera
Description
Huawei sub-brand Honor has launched its budget smartphone Play 7 in China. The Honor Play 7 sports a 24-megapixel selfie camera. It is also built with an 18:9 FullView display. The smartphone is currently being sold only in China for Yuan 599, which is roughly Rs. 6,382.
More related stories below: