Google has started rolling out a new ‘Group Video Calling’ feature for its Dup app. The new update is now available for Android users. It allows you to chat with up to four people simultaneously. The search engine giant is also testing some new features. Read more to find about How To Use Google Duo Group Video Calling Feature 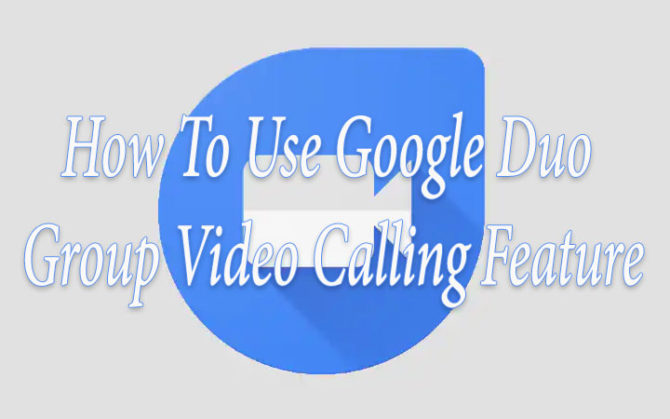 The Google Duo group video calling feature allows you to chat with multiple friends/ family at once. Now, a group video call can be done with up to four people. However, the new is rolling out to Android users in select regions for now. iOS are expected to get the new update in the coming months.

The new feature was announced by Justin Uberti (Google Duo head) via Twitter. It is expected to reach different regions and devices in a phased manner. Meanwhile, here’s how you can use the new group video calling service:

Also read: How To Enable Lite Mode On Google Chrome For Android

How To Use Google Duo Group Video Calling Feature

Note: As of now, the group video calling is limited to four people only.

Apart from enhancements in video calling, Google is also testing a new ‘low light’ mode. It is said t9o tweaks your video so others can see better during night-time conversations. As of now, there is no tentative timeline for its roll-out.

We hope the above-mentioned tip was helpful. Share your views with us in the comments section below.