HTC has launched the HTC Desire 210 globally at a launch event in New Delhi India on 21 April 2014. This is a budget Android phone which comes with a 4 inch display of 480×800 pixels display resolution. It comes with dual camera, a 5 MP rear camera and a VGA camera at front. It is a dual SIM phone and supports 3G/HSDPA on SIM1(micro-SIM) and 2G data/EDGE on SIM2(mini-SIM). It has been announced at a price tag of Rs. 8700 in India which is approximately equivalent to US $150.

Talking of the speed and performance, the HTC Desire 210 is powered by a MediaTek 1GHz Dual core processor (MT6572M chipset). It has 512 MB RAM, 4GB internal memory and a microSD card support for memory expansion. Dimensions of the HTC Desire 210 are 125.7x65x10.5mm, it weighs 130gm. It comes with accelerometer sensor, a standard 3.5 mm audio port, Bluetooth 4.0 with aptX technology, WiFi and standard micro-USB connectivity. 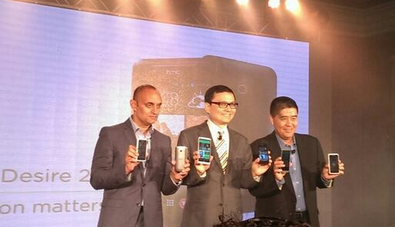 It has a removable battery of 1300 mAh which is a high quality lithium polymer battery. On software side, it runs Android OS with HTC Blink Feed user interface which is a rich user interface with social media and RSS feed integration in the custom launcher of HTC. 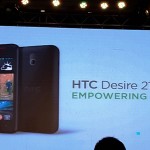 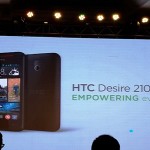 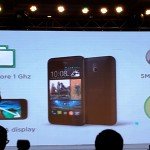 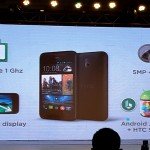 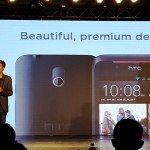 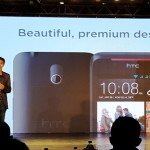 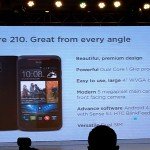 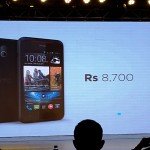