Facebook is the cult of social networking. Their aim is connecting people and to help you connect better, Mark Zuckerberg has just launched the Facebook Home application for android devices. At the launch event, HTC and Facebook announced the first device of their partnership, the HTC First which will be the first device to run Facebook Home out of the box and it is available for ordering on AT&T’s website for $99.99 with a two year contract.

HTC First is a mid range device and has just about average specs. It has a 4.3 inch Capacitive display of 720p resolution and the heart will be a dual core Qualcomm Snapdragon Krait 400 processor. It is supplemented with a 1GB RAM. The smartphone has a 5 megapixel primary camera with BSI technology and gets a 1.6 megapixel up front as well for video calling and self portrait shots. 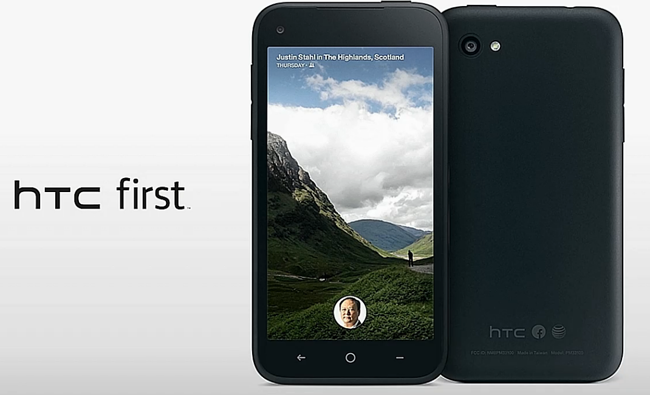 For connectivity, it gets Bluetooth version 4.0, LTE and Wi-Fi. It will run on Android 4.1.2 update and will run on Sense 4.5 on top of the Jelly Bean flavour. Facebook is for every person and in a bid to widen the smartphone’s appeal and reach, it will be offered in a plethora of colours to suit everybody’s needs. It gets 3 capacitive buttons up front as well like the other Android powered smartphones.

Facebook does not want to stop at HTC First and has already entered into a partnership with smartphone makers like Samsung, Lenovo, Sony, ZTE, Alcatel and the chipset maker Qualcomm for bringing devices which have Facebook deeply integrated into them. HTC has not had the best of runs lately but who knows the so called Facebook phone might attract a lot of people to the brand and give HTC a strong mid range.