HTC is all set to launch a new U series smartphone. Several details of the HTC U12 Life have been spotted online. Now, the upcoming device (codenamed – Imagine Life) has been spotted on Geekbench benchmark listing. It is tipped to feature Snapdragon 660 SoC and 4GB RAM. Read more to find about HTC U12 Life Price in India, Specifications, and Features 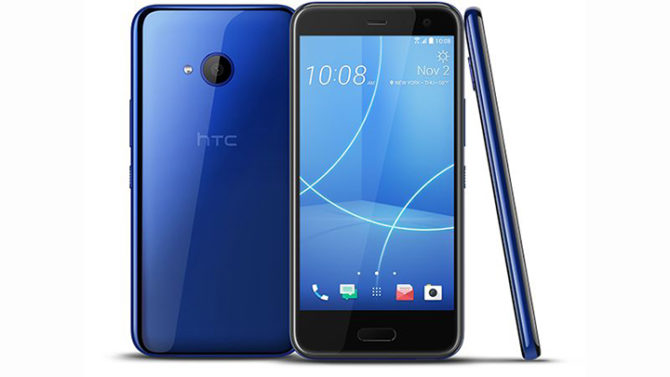 Recently, the Taiwanese firm released a teaser on social media with the ‘U’ logo, seen on the U-series smartphones. Now, a smartphone codename ‘HTC 2Q6E1’ has popped shown up on the Geekbench benchmarking website. The handset received a single-core score of 1,343 and multi-core score of 4,897.

The HTC U12 Life is expected to be launched on August 30 at an HTC U Series launch event in Berlin. The mid-range smartphone is said to come with a price tag of $349 (approx Rs 24,500). As of now, there is no information about the Indian launch date or price.

As per recent leaks and rumors, the HTC U12 Life sports a 6.0-inch display with full-HD+ (1080 x 2160 pixels) resolution and an 18:9 aspect ratio. It is expected to be powered by an octa-core Qualcomm Snapdragon 660 processor and 4GB RAM. Previous reports hinted that the mid-range device will be backed by a Qualcomm Snapdragon 636 processor.

The 64GB internal storage can be further expanded via a microSD card. The handset will be backed by a 3600mAh battery.

In terms of optics, the upcoming smartphone is said to come with a dual camera setup on the back. It may combine a 16-megapixel primary sensor and a 5-megapixel secondary sensor. The handset is tipped to come with a 13MP front camera for selfies and video calling.

The HTC U12 Life is likely to run Android 8.1 Oreo OS out of the box. It may also come with Android 9.0 Pie operating system. by the time it hits the shelves. Nothing else has been revealed in the listing.

The upcoming handset will come with an IP67 rating. A circular fingerprint sensor will be placed on the back. It is likely to support ‘Squeeze’ gestures to launch apps and for voice assistants.

The HTC U12 Life is said to be a less powerful variant of the HTC U12 Plus. It will come with several upgrades over the HTC U11 Life. The HTC U11 Life features a 5.2-inch Super LCD display with full HD resolution and Corning Gorilla Glass for protection. It is powered by an octa-core Qualcomm Snapdragon 630 processor (based on a 14nm process). It comes in two variants – 3GB RAM/ 32GB internal storage variant and 4GB RAM/ 64GB storage variants.

In terms of optics, the HTC U11 Life comes with a 16MP camera on the front and the back. The handset is backed by a 2,600mAh battery with QuickCharge 3.0 support. Since the HTC U11 Life will be available under Android One program outside the US, only the US variant will support the HTC’s Edge Sense feature.