Earlier Samsung and MediaTek have already reviled octa-core processers. Samsung has launched Exynos 5 Octa chip and MediaTek has launched MT6592 chipset. And now Huawei, the Chinese handset manufacturer also reviled its plan to launch a phone along with octa-core chipset.  According to GizChina , Huawei president, Xu Xin Quan, has posted on his Weibo account that they will launch the successor of their Ascend P6 smartphone along with octa-core processing power. He also added that this eight- core chipset comes with integrated 3G and it will be optimised for extended battery life. They will call this updated version Huawei Ascend P6S. This report is published in GizChina, and the president of Huawei has not said any word about launching date. 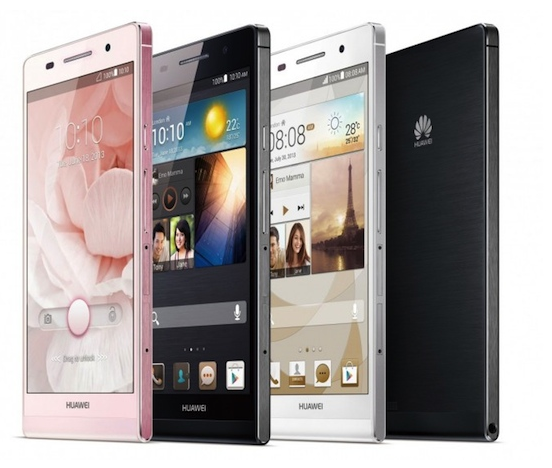 Huawei Ascend P6 will get Android 4.4 Kit-kat along with Emotion UI

On the other hand, Huawei has also released its plan of upgrading android version of Ascend P6. As posted in AndroidSAS Hauwei has planned to upgrade Ascend P6 directly to 4.4 Kit -Kat. It will skip 4.3 Jelly Bean.  So that’s good news for Ascend P6 owners.  Before that HTC, Samsung and Sony already announced their roadmap of upgrading their flagship android smartphones to the latest Android 4.4 Kit-kat. And with Android 4.4 Kit-Kat, Hauwei also reviled its plan to introduce its new Emotion user Interface.

Huawei Ascend P6 is the slimmest smartphone in the world by the company. It is only 6.2mm thick along with 120 grams weight. It comes with 4.7 –inch LCD display. It has 720×1280 pixels resolution. With 2GB RAM on board it runs quad-core processor from Huawei. It has 8 Megapixels camera along with BSI sensors and a 5 MP front facing camera.