Chinese multinational company Huawei has officially revealed a member of its Y-series– the Huawei Y5 Prime. It is the company latest smartphone in the budget segment. The company has released it without much fanfare. 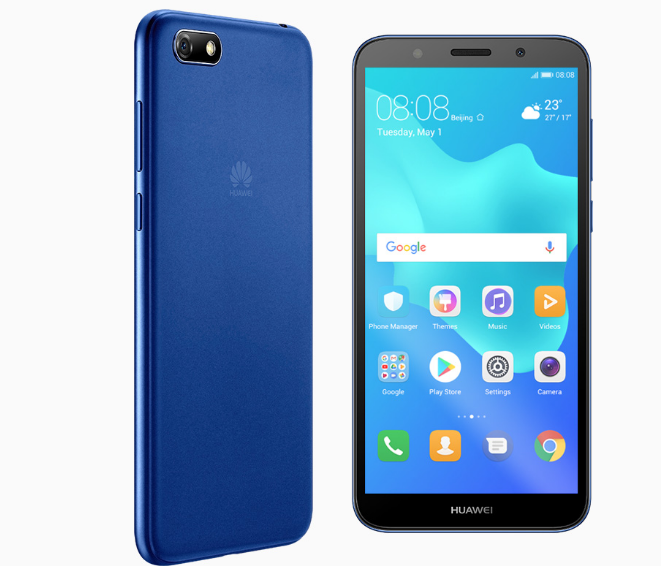 The handset had earlier surfaced on Huawei’s official website. It stated that it would go on sale soon.

Even though specifications regarding the device have been revealed but information regarding its price hasn’t yet. The Huawei Y5 Prime handset is going to be sold in two variants. The difference between the two variants is its SIM slots.

The device is somewhat similar to the Huawei subsidiary Honor’s Honor 7 Play which launched earlier in May 2018. It was launched in China for CNY 599, so the Y5 Prime is also expected to be sold in the same price range.

The smartphone will be sold in Blue, Black and Gold colored variants.

The smartphone is in two variants:

The Huawei Y5 Prime runs Android 8.1 Oreo with EMUI on top. It is also built with a 5.45-inch HD+ (720×1440) display. Information regarding its processor is not known yet. The device is backed by 2GB RAM.

In the camera department, the smartphone sports a 13-megapixel sensor at the back. At the front, the device has a 5-megapixel sensor. The device also has a Face Unlock feature, which will be available with the next update.

The handset is further built with 16GB inbuilt storage. It is expandable via MicroSD card (till 256 GB).

In terms of connectivity, the smartphone supports 4G LTE, GPS, A-GPS, and Glonass. The onboard sensors are a proximity sensor, ambient light sensor, and accelerometer. The device is backed by a 3,020mAh battery. It supports Power Saving 6.0 technology.

According to the company, the Huawei Y5 Prime can take up to 62 hours of continuous music playback and 13 hours of video from a single charge.

Article Name
Huawei Y5 Prime Gets Launched, Sports 13-Megapixel Rear Camera
Description
Chinese multinational company Huawei has officially revealed a member of its Y-series– the Huawei Y5 Prime. It is the company latest smartphone in the budget segment. The company has released it without much fanfare.
More related stories below: