iBall has launched a new feature phone aimed at senior citizens. Highlights of the device include louder audio, larger keypad, emergency alerts and long-lasting battery. It comes with a Braille keypad and a ‘talking keypad’ feature that speaks out the digit pressed by a user. Read more to find about iBall Aasaan 4 Price in India, Specifications, and Features 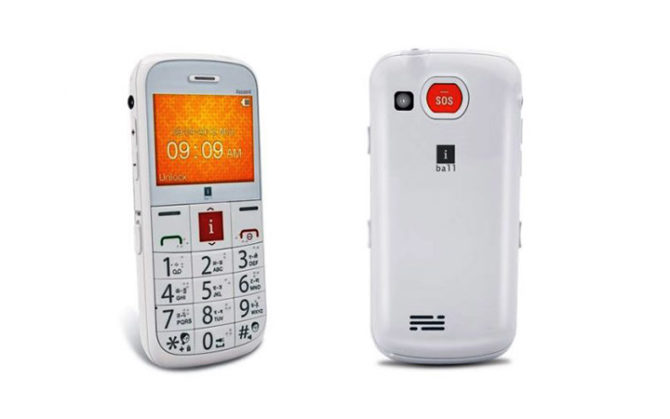 The iBall Aasaan 4 feature phone is priced in India at Rs 3,499. It is now available at retail stores across India.

Also read: Honor 9N Launched In India – All You Need To Know

The iBall Aasaan 4 feature phone sports a 2.31-inch display. The user interface is designed to make the navigation easier for elderly users (with big fonts, etc). The extra-large keypad speaks out the digits pressed in English to avoid mistakes. It also features Braille symbols.

An SOS button is placed on the back. The emergency calling feature sets off a siren to alert the folks nearby in case of urgency. Additionally, a mobile tracking feature alerts a designated contact if new SIM card is inserted in the phone.

The dual-SIM device is backed by a 1,800mAh battery that can last for multiple days on a single charge. While there’s no information about the internal memory, it allows you to store over 200 text messages and 1,000 contacts independently on the phonebook. The feature phone supports microSD cards (up to 32GB).

Additional features include one-touch buttons for phone lock, LED torch and FM radio. The company has also boosted the audio output on Aasaan 4. The new feature phone comes only in white color option.

While the iBall Aasaan 4 is aimed at senior citizens, it can be pretty useful for several other users. Most features on the device are easy to use. It is the fourth handset by iBall in its Aasaan series of feature phones. The simple device offers helpful communication features. It might come in handy for a variety of users. What do you think of the new feature phone? WIll you recommend the new iBall Aasaan 4? Let us know in the comments section below.