Intex Cloud Z5, the company’s latest mid-range Android smartphone with a large 5-inch display is now available from online retailer Snapdeal. It has a 5-inch 480×800 pixel capacitive touch screen display and is powered by a 1 GHz dual-core processor. Running on Android 4.0 Ice Cream Sandwich, the Cloud Z5 comes with a 5-megapixel rear camera with LED flash and a 1.3-megapixel front-facing camera. Further, with dual SIM and dual standby support, the phablet is priced at Rs 6,899. 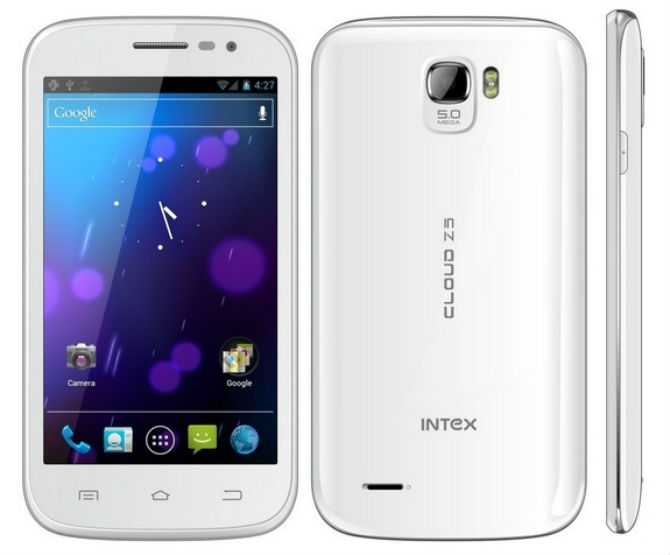 Priced at Rs 6,899, the Intex Cloud Z5 will definitely be a stiff competitor to the other budget phablets such as Micromax A72 Canvas Viva and the newly launched Karbonn A25 with almost similar features and price point.