LAVA has been going all guns out in the past couple of months in Indian smartphone and tablet arena with a new launch coming up every week almost. They also have launched a campaign under which they will be launching a new device every Friday  The latest launch from the company is the LAVA Iris 502 which sits below the Iris 501. LAVA has been following the policy of using two brands-Xolo and Iris for their smartphones which is doing pretty well for the brand.

The Iris 502 will come with a 5 inch capacitive display which is similar to the one found on the 501. The only major difference between the 501 and 502 is the fact that the 502 comes with a single core processor instead of the dual core processor that the former has. Also, the newer entrant runs of Android Jelly Bean whereas the 501 runs on Ice Cream Sandwich. The company’s latest budget offering gets 512 MB of RAM and a 1 GHz single core processor. 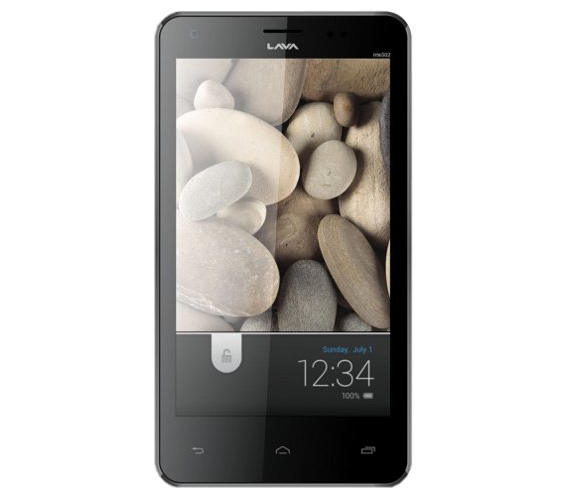 The smartphone has a 5 MP camera at the back and front of the phone sees a VGA camera. The internal storage stands at 2 GB but is expandable upto 32 GB via a microSD card. 3G, Wi-Fi, Bluetooth and USB support round up the connectivity package which we believe has pretty much everything that you can ask for. The Android running budget device will set you back by Rs.8,499.

The battery unit is of 2,300 mAH capacity which is quite big considering the fact that it is a single core smartphone with a display resolution of 800×480 pixels. The battery will easily last you for almost two days under moderate usage and the Iris 502 can be all yours if you order it from Saholic.com as it is out of stock elsewhere. The 502 is some Rs.600 cheaper than the 501 so it is a trade-off between processing power and operating system. You are the consumer, you are the king, you decide.