Lava came to the rescue of the tech giant Intel when most of the companies did not come forward to come into an alliance with them to use their chipsets. And Intel made sure they treated the budget Indian brand well. They brought in the high end Xolo X900 in association with LAVA but the brand did not have a very high aspirational value and the high end smartphone did not find many takers.

But Intl promised budget offerings in the later stages of association and those are the ones which Indians like to lay their hands on the most. And if a budget handset comes with the branding of something as big as Intel, sales numbers are surely going to go out of the ceiling. ava is all set to launch the Android powered Lava Xolo X500 which will be powered by the Atom Lexington Z2420 which Intel had showcased at the CES 2013. 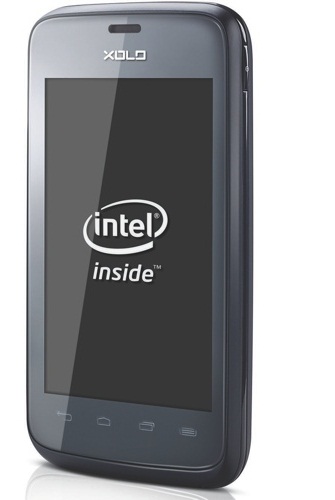 Some of the rumoured specifications are:

The camera is also expected to feature burst shot feature found on the elder sibling. So where were we? The budget pricing. It is expected to be priced at Rs.8,999 which sounds quite a deal for a budget handset. The Mediatek processors present in the budget smartphones can not even stand their ground in front of the Hyper-Threading of the Intel chipsets. With no other Indian manufacturer having an alliance with Intel, the Xolo range of smartphones will have no direct competition when it would come to the chipsets. Kudos to LAVA.