The popular laptop manufacturer Lenovo launches the successor of its 8 inch tablet Miix. Lenovo launches Mixx 2 with decent specifications and price around 299$ for 32 GB version and will go further for 64 and 128 GB versions. It is powered by Intel’s quad core Bay Trail-T processor  with 2 GB RAM that makes it quite efficient to run any app from windows store.

The best thing I like about it, is that it comes with both Wi-Fi and 3G connectivity, so if you don’t have Wi-Fi coverage than you have a option of 3G connectivity too. And beside that you can attend phone calls on it. That makes it 8 inch phablet running windows 8.1 and that’s pretty amazing. 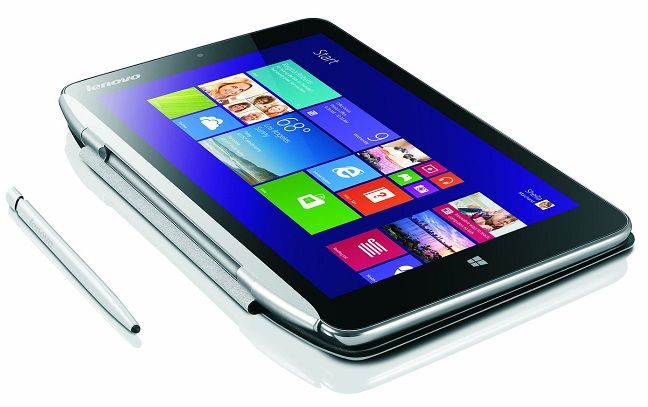 It has 2 MP front and 5MP rear camera, that’s all you can expect from a smartphone but its tablet so that’s a plus point for it. Also talking about software it comes with preinstalled update of windows 8.1. And also it comes with Microsoft Office Home and Student 2013 preinstalled with full licence. And the 3G connectivity is good for those who don’t have Wi-Fi coverage.

It has only 7 hours of battery life, that’s not good for a device running Intel’s Atom Bay Trail-T which is marked as power efficient in market. External storage support is only 32GB, why? Today even smartphones support up to 64 GB external storage.

Apart from this, Lenovo Miix is pretty decent tablet that can complete all of your needs. It also comes with a smart cover case and a stylus. May be this tablet is not for business level user but we have a good consumer level tablet from Lenovo running Windows 8.1.