Lenovo has finally launched its Vibe K5 Note smartphone in India. The K5 Note succeeds the Vibe K4 Note and comes with a lot of improvements over the predecessor. The Vibe K5 Note is powered by a 1.8GHz octa-core MediaTek MT6755 processor paired with Mali T860 GPU and either 3GB or 4GB of RAM. It features a 5.5-inch full HD (1920×1080 pixels resolution) display and runs Android 6.0 Marshmallow operating system. 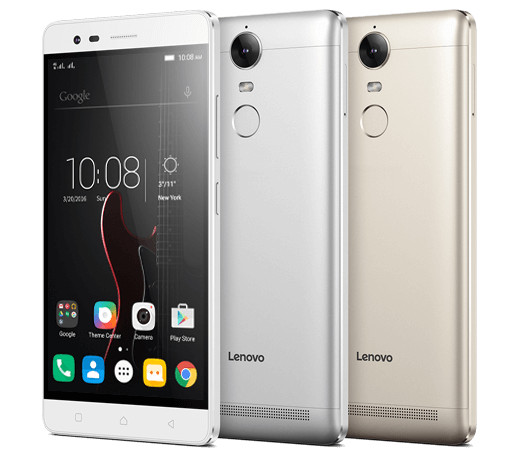 The phone sports a 13 mega pixel rear camera with dual LED flash and PDAF. There is also an 8 mega pixel front facing camera onboard. For storage purpose, it comes with 32GB of internal memory which can be expanded up to 128GB via microSD card.

Fueled by a 3500mAh battery, the Vibe K5 Note measures 152×75.7×8.49 mm in dimensions. Connectivity options include 4G LTE, Wi-Fi, Bluetooth and GPS. The dual SIM phone also features a fingerprint sensor which is said to unlock the phone in 0.3 seconds from locked/standby mode. It also features 3-mic technology for immersive media experience. There is also a Secure Zone feature that allows users to secure their personal and official information separately. It allows users to use dual accounts for apps like WhatsApp, Facebook,  or any other such account.