LG has launched a new budget smartphone in India. The new LG Candy comes with a 5.0-inch On-Cell Touch display and 2GB RAM. The highlight of the new device is its interchangeable back covers. The new smartphone comes with three extra covers options. Read more to find about LG Candy Price in India, Specifications, and Features 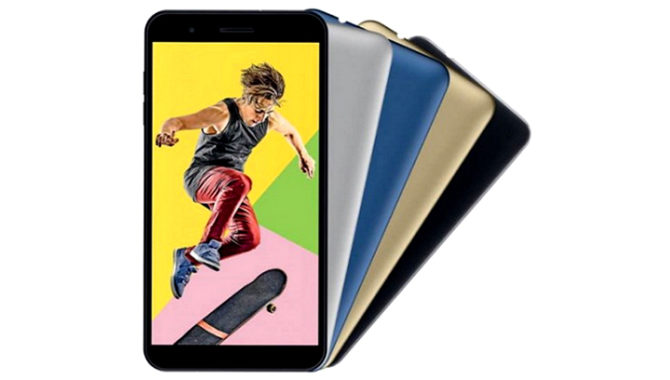 The LG Candy is priced in India at Rs 6,699. It will be available from September 1.

The LG Candy sports a 5.0-inch On-Cell Touch display with HD (720 x 1280 pixels) resolution and a pixel density of 294ppi. It is powered by a 1.3GHz quad-core processor (unspecified) and 2GB RAM. The 16GB internal storage can be further expanded via a microSD card (up to 32GB). The new smartphone is backed by a 2,500mAh removable battery.

In terms of optics, the handset sports an 8-megapixel rear camera with LED flash. The 5-megapixel front camera comes with features like Auto Shot, Gesture Shot, Flash for Selfie and Quick Share. Additionally, the smartphone comes with a Boomerang-like feature. The new ‘Flash Jump Shot’ feature captures a picture every three seconds (up to 20 photos) and stitches the images together into a fun GIF.

LG has announced several new devices within last month. This includes LG V40 ThinQ, LG G7 One, and LG G7 Fit. However, the new LG Candy is the only recent budget offering by the brand. It remains to be seen how it performs in the market.

“LG Candy smartphone is focused on delivering even more value to consumers looking for the right device that fits their lifestyle and needs. We’re confident to capture the hearts and minds of consumers in the fast-moving market with our Candy smartphone, its beautiful covers, camera technology and other convenient features,” said Advait Vaidya, Mobile Communications division, LG Electronics.

Recently, the South Korean brand launched the LG Q7 in India for Rs 15,990. Highlights of the device include IP68 rating, military-grade build and face unlock feature. The LG Q7 sports a 5.5-inch full-HD+ FullVision display with 18:9 aspect ratio. It is powered by a 1.8GHz octa-core processor along with 3GB RAM and 32GB internal storage (expandable up to 512GB). The 13-megapixel rear camera comes with PDAF (phase detection autofocus) and an LED flash. The new smartphone is backed by a 3,000mAh battery with Qualcomm QuickCharge 3.0 feature.