LG has revealed the prototype of the upcoming LG Dual-Edge P-OLED Display smartphone at the ongoing CES 2015 event in Las Vegas. The prototype of this device was reportedly displayed at a private event during CES 2015. The image of this prototype has been spotted by inews24 website. This device sports P-OLED display on two of its edges. LG has also launched its curved smartphone LG G Flex 2 at the CES 2015. Read on to find more information about specifications, features, price and availability of this new device from LG. 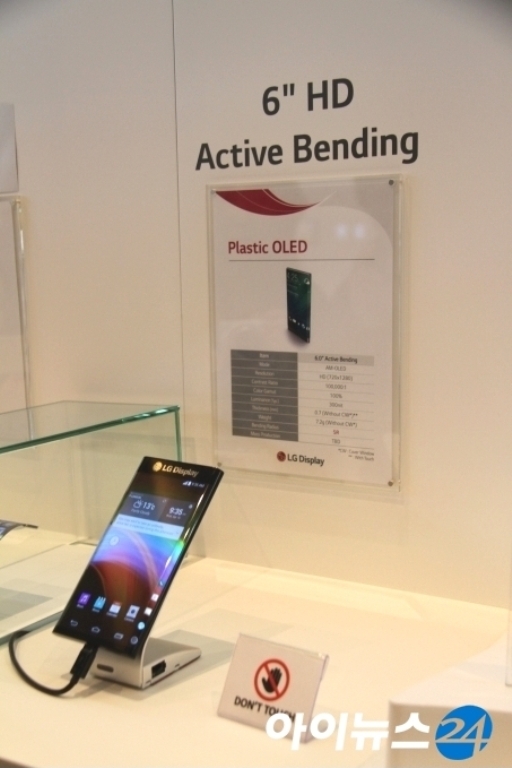 LG’s Press release states “LG Display’s private showroom at CES 2015 will be open to select customers at the Bellagio in Las Vegas” which suggests that this device was displayed at a private event at CES 2015.

What is known till now is that the Dual-Edge LG smartphone will sport a 6 inch HD display featuring an “Active Bending” Plastic-OLED (P-OLED) panel. Rest of the details about the specifications of Dual-Edge smartphone are not known yet.

This upcoming Dual-Edge smartphone from LG will compete with Samsung Galaxy Note Edge. Samsung has also launched its Galaxy Note Edge smartphone recently with a curved display extending to its right edge. Galaxy Note Edge is powered by 2.7 GHz Quad Core processor with Adreno 420 GPU coupled with 3 GB RAM and runs on Android 4.4 KitKat operating system. It features a 5.6 inch Quad HD+ Super AMOLED display extending to its right edge for easy access to apps, notifications and alerts. It sports a 16 mega pixel rear camera and a 3.7 mega pixel front facing camera. For storage purpose, it comes with 32 GB of in-built storage which is expndable up to 128 GB via microSD card. It is fueled by a 3000 mAh battery which features Adaptive Fast Charging, Quick Charge 2.0 and Ultra Power Saving Mode.

Pricing and availability details are not known yet. We will update you as soon as more information about the same will be available. Stay tuned with us for more updates.