LG’s curved smartphone G Flex 2 is now up for grabs in India. The handset is available to buy from major offline and online stores for Rs. 54,990. To recall, this smartphone packs a 2.0 GHz Octa-Core Qualcomm Snapdragon 810 processor paired with 2 GB of RAM and runs Android 5.0 Lollipop operating system. Other specifications of the handset include 5.5-inch full-HD curved P-OLED (1080×1920 pixels resolution, 403ppi) display, 13 mega pixel rear camera, 2.1 mega pixel front camera, 16 GB inbuilt storage and 3000 mAh battery. Read on to find detailed information on specifications and features of the device. 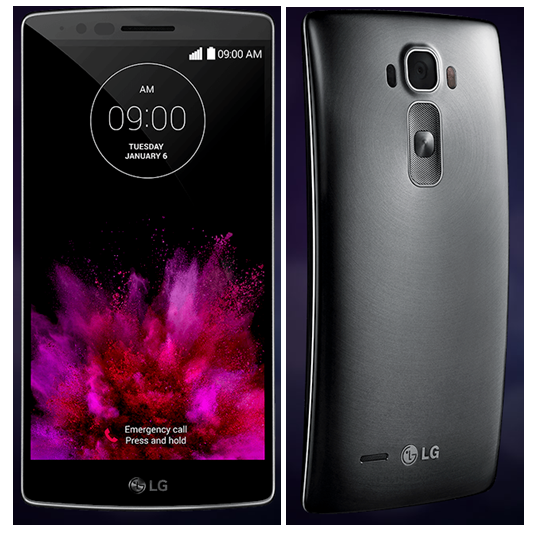 Priced at Rs. 54,990, the LG G Flex 2 curved smartphone is now available to buy from major offline and online stores across the country.

As promised, LG has launched its highly anticipated smartphone LG G Flex 2 in the Indian market. LG, at the Tech Show 2015 event today in India showcased the smartphone along with several other devices which includes the LG 105 5K Television as well. The handset carries a price tag of Rs. 55,000 and will go on sale in the coming days in Platinum Silver and Flamenco Red color options. To remind you, G Flex 2 is the second curved smartphone from the company succeeding the G Flex smartphone and comes with many upgrades over its predecessor.

LG has announced that it has started global roll-out of its second generation curved screen smartphone, dubbed the LG G Flex 2 which was launched at CES 2015. According to the company, United States, Hong Kong, Singapore, France, Germany and U.K. will be among the first ones to receive the handset followed by North and South America, Europe and Asia markets where the smartphone will be launched after the MWC event which is scheduled in March. Pricing details have not been revealed by the company for global markets, however the handset was made available in South Korea in January 2015 at KRW 800,000 (Rs. 45,000 approximately).

LG’s latest curved smartphone, LG G Flex 2 which was showcased at the CES 2015 event is soon going to roll out for sale in South Korea while the pricing of this device has now been officially revealed. The LG G Flex 2 is priced at KRW 800,000 which makes it approximately Rs. 45,400. It will go on sale in South Korea starting from 30th January 2015 while we expect it to hit the Indian markets soon in coming months.

LG has finally launched its most awaited LG G Flex 2 smartphone at CES 2015. Dubbed as the second curved Android smartphone from LG, this sleek curved device under the hood is powered by 64-bit 2.0 GHz Octa-Core Qualcomm Snapdragon 810 processor with the Adreno 430 GPU paired with 2 GB RAM. This device runs on Android Lollipop 5.0 and features a 5.5-inch full-HD curved P-OLED display with resolution of 1080 x 1920 pixels and pixel density of 403ppi, while the display further features 700 mm radius curvature. This smartphone continues to retain the Self Healing back which has been enhanced even more than the previous version. Self Healing back is now claimed to heal within 10 seconds at room temperature as compared to the three minutes time taken by the previous version.

Other specifications include 13 mega pixel rear camera with dual-LED two-tone flash, optical image stabilisation (OIS+) and laser-guided auto focus. It comes with a 2.1 mega pixel front facing camera. Based on storage, it will be available 16 GB of inbuilt storage which is expandable via microSD card. It packs a powerful 3000 mAh battery with Fast Charge feature which charges up this device up to 50% in just 40 minutes. 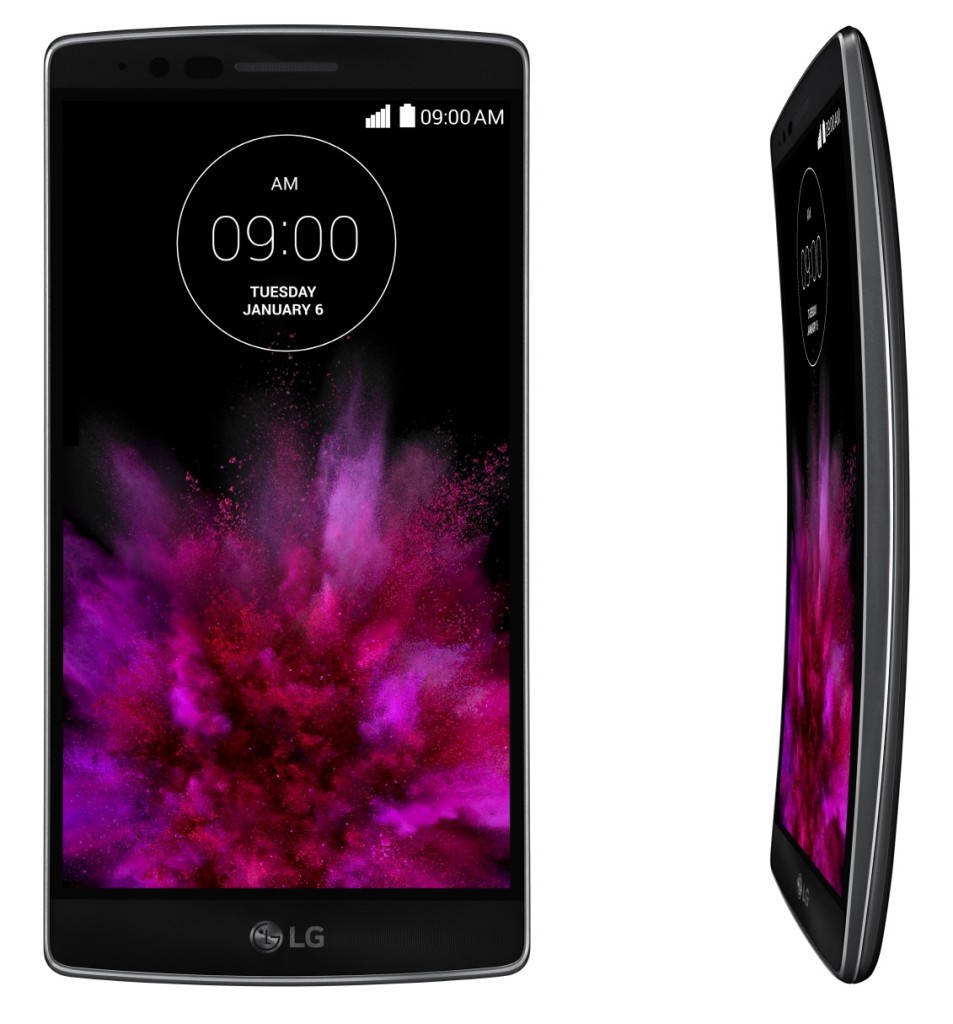 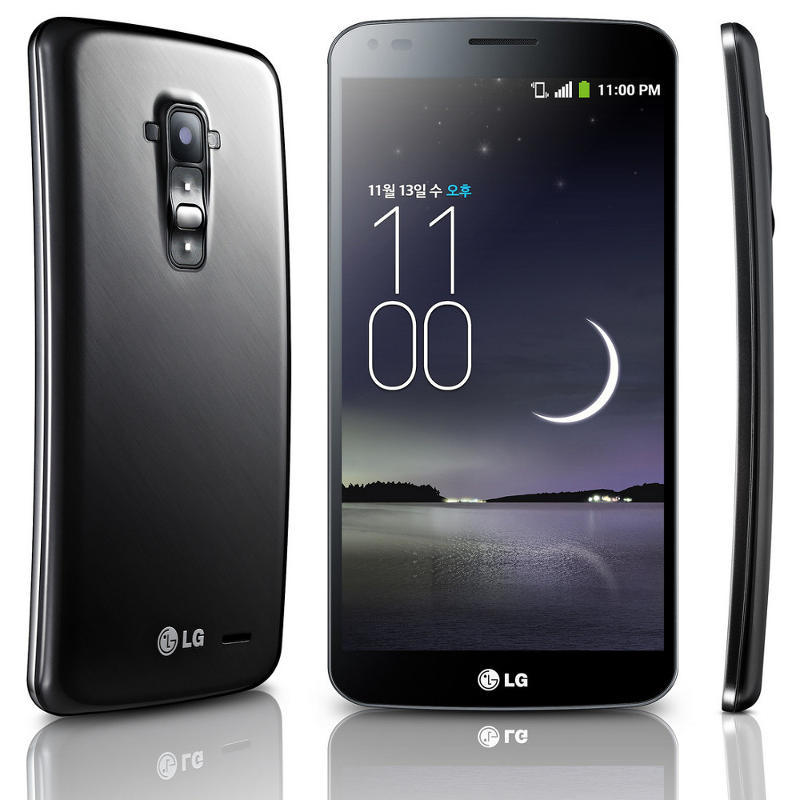 Other rumored specifications of LG G Flex 2 64-bit Qualcomm Snapdragon 810 Octa-Core processor and Android 5.0 Lollipop operating system. It is expected to come with curved display just like its elder sibling Flex G. It will feature tri-band LTE-A connectivity which is claimed to be four times faster than any other LTE device. Information about display, camera and other specifications is still unknown, we expect LG G Flex 2 to draw its most of its features from its predecessor.

LG Flex G, predecessor of Flex 2 which debuted as the world’s first smartphone with curved display and healing back panel was launched at a price tag of Rs. 69,999. It is powered by 2.26 GHz Quad-Core Snapdragon processor with Adreno 330 GPU coupled with 2 GB RAM for seamless performance. It runs on Android 4.2 Jelly Bean operating system. For storage purpose, it comes with 32 GB internal memory.

On imaging front, it sports a 13 mega pixel camera an a 2.1 mega pixel front facing camera for video calling and capturing selfies. As far as connectivity is concerned, it includes Wi-Fi, Bluetooth 4.0 and Micro-USB . It packs a 3500 mAh curved, flexible battery.