But is it worth your money? Should you buy it? Is it a value for money device? Find out in our detailed LG G Flex 2 Review entailing design, camera, performance, gaming and audio review.

The packaging of the device is sublime and neat. The rectangular red colored cardboard box with LG G4 branding comes with following: 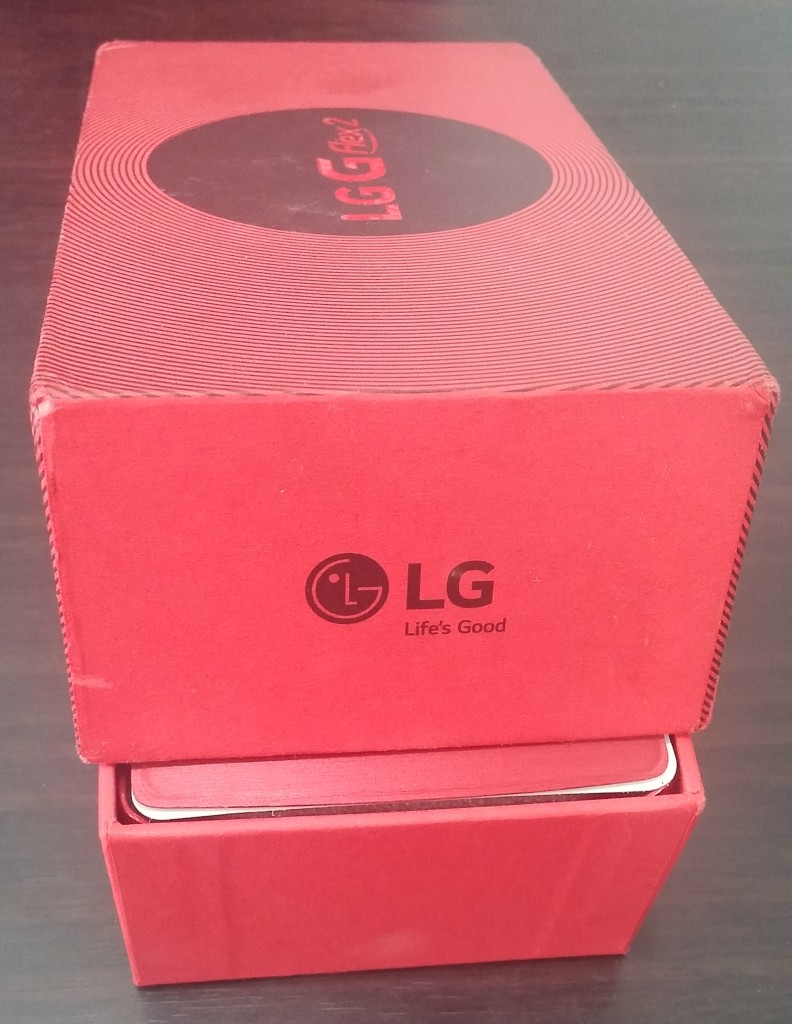 The LG G Flex 2 looks unique with its curved design. It is tailored to fit comfortably in the hands and against users face. 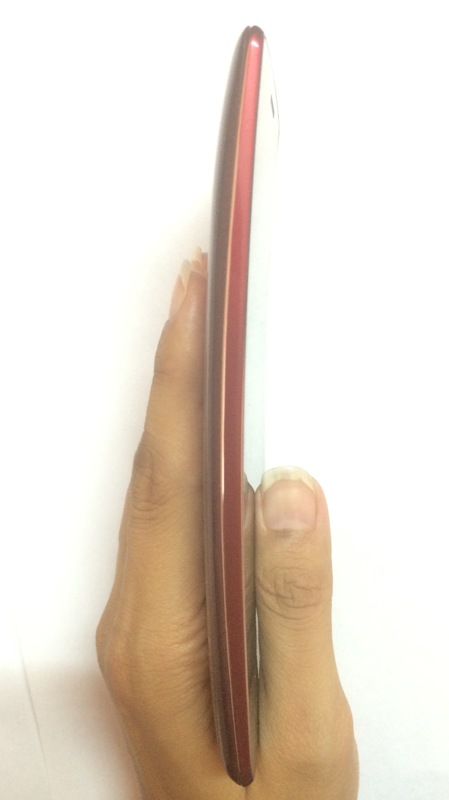 The phone flaunts its self healing back which is capable of resisting scratches and automatically heals itself from mild scratches. It comes with glossy removable rear panel. While the back is removable, yet it packs a non-removable battery. On removing the back panel, you will see a microSD card slot and a SIM card slot.

Above the 5.5-inch curved display, there is front facing camera, notification LED, sensor and earpiece. There are three touch capacitive buttons towards bottom which are a part of display. There is LG logo below the display. 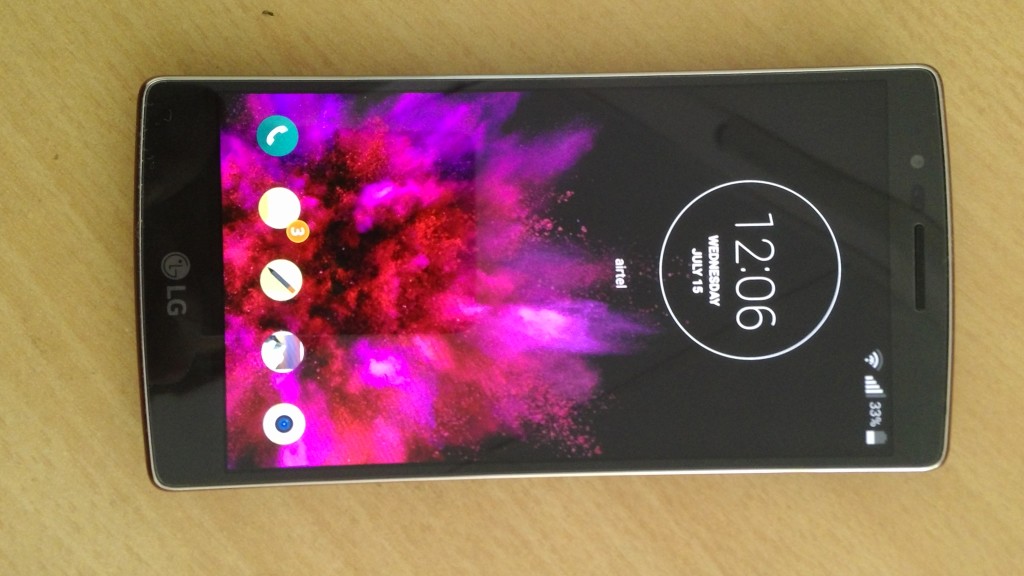 Edges are sleek since volume rocker and power button are placed on the rear which also makes single-handed operations comfortable.

Again at the rear, there is LG logo in the middle, below 13 mega pixel camera accompanied with dual flash on the right side and laser auto focus on the left. Rear bottom of the device houses speaker. IR blaster and secondary microphone for noise cancellation are placed at the top edge.

Charging port, primary microphone and 3.5mm audio jack are at the lower edge.

The 5.5-inch full HD P-OLED display is immersive, vivid and smaller than previous generation G Flex with 6-inch display. It comes with 1920×1080 pixels resolution and 403ppi pixels density. The display is protected by Corning Gorilla Glass 3. Absence of Quad HD display in a high-end smartphone like this is disappointing. Just like the rear, display of the phone is also curved with 700mm radius curvature. Watching movies and playing games on the curved display is indeed a pleasurable experience. 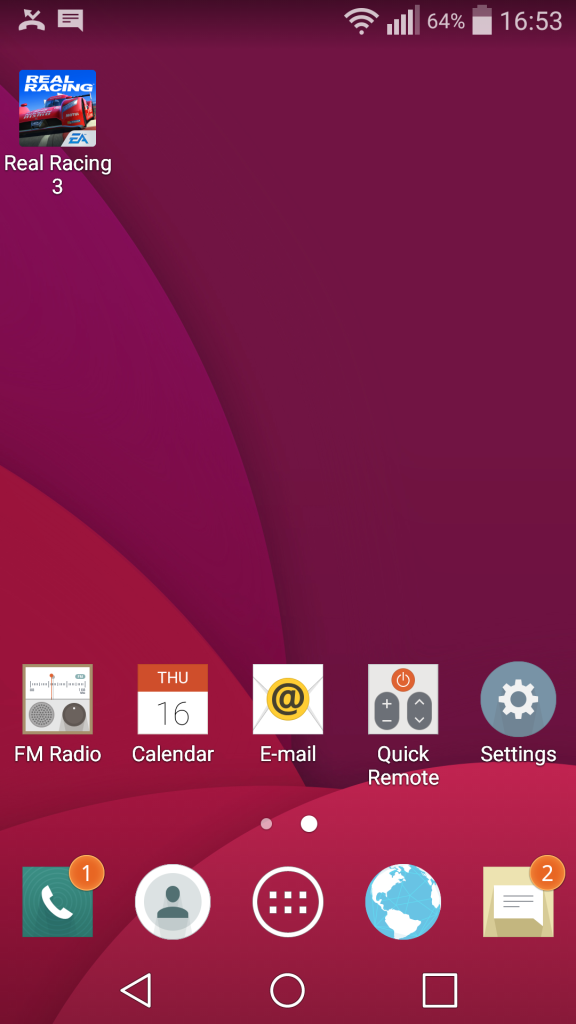 The LG G Flex 2 is a monster when it comes to performance. Powered by a 64-bit octa-core Qualcomm Snapdragon 810 processor clocked at 2.0 GHz paired with 2GB of RAM and Adreno 430 GPU, it makes light of almost anything you throw at it. It does show any sign of lag even on playing heavy games or when multiple apps are opened simultaneously. We did not face heating problems even after playing graphic intensive games on the device. 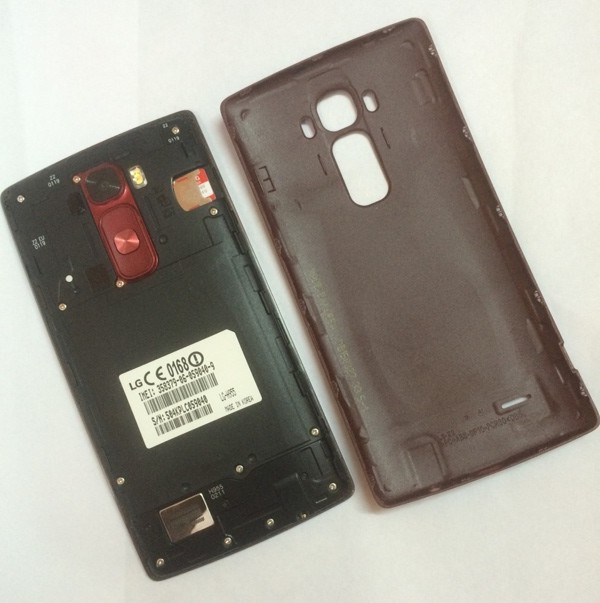 It comes with 16GB of inbuilt storage out of which around 8GB is user available. The memory can however be expanded up to 2TB using microSD card. 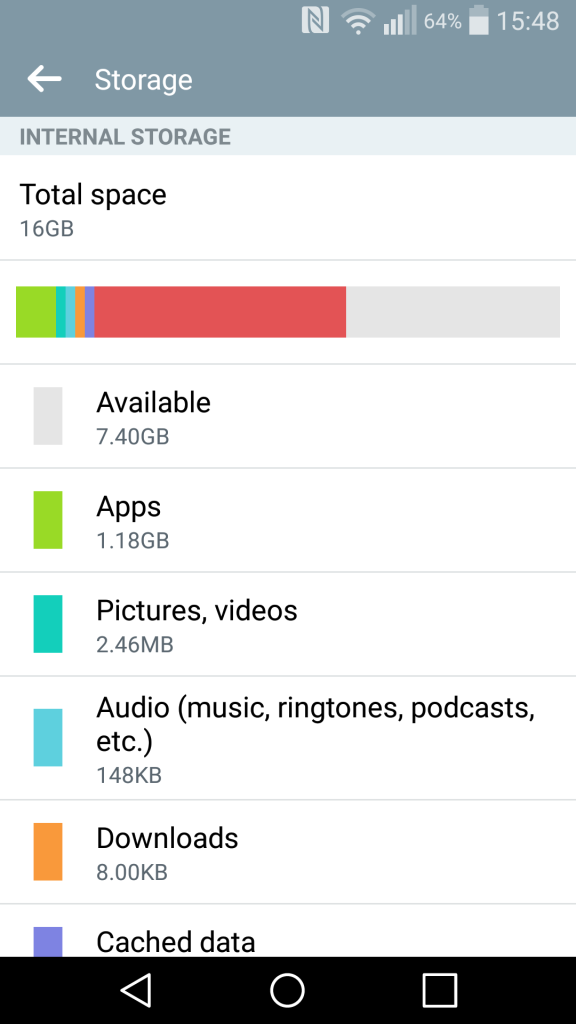 It sports stunning camera which gives you great photos and videos. There is a 13 mega pixel rear camera with OIS+ and Laser Auto Focus.

The camera is good enough to capture sharp and clear images even in dark. There is also a 2.1 mega pixel front facing camera onboard. The secondary camera comes with some gesture controls like Gesture Shot and Gesture View which makes it easier to click pictures using gestures. Using hand gestures you can get 3 second timer activated while tilting the camera down enables users to review the images already taken. 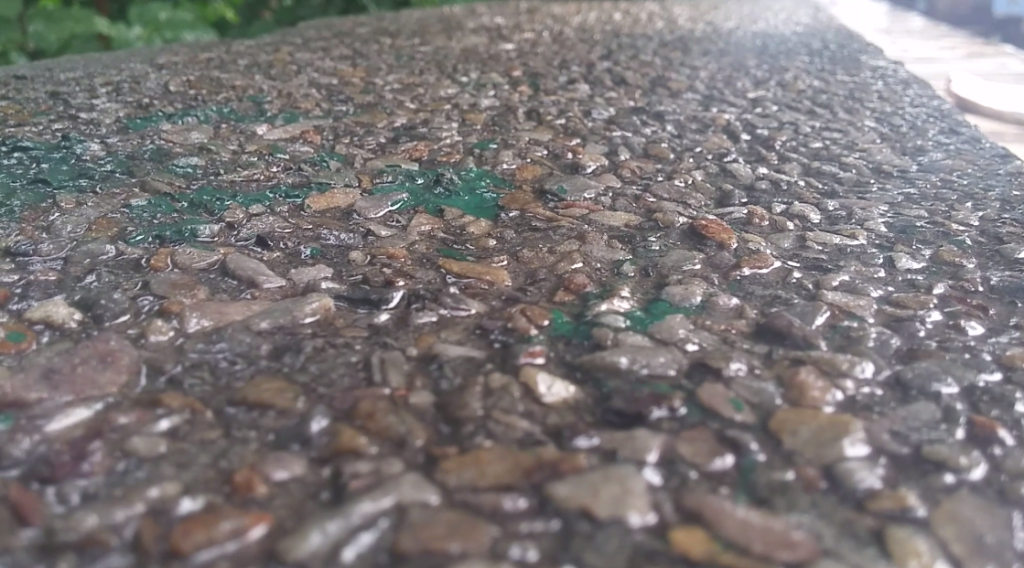 The smartphone runs Android 5.0 Lollipop operating system wrapped under LG’s own user interface. The interface is easy to understand and use. Unwanted bloatware is kept to minimum.

Glance feature enables users to swipe from top to down on the locked screen to see the status bar and recent notifications. KnockCode feature offers a customised code to unlock the phone whereas KnockOn feature wakes the screen on tapping twice.

There are several Smart functions as well such as- Quick circle case which opens some apps on a small portion of screen where finger touches screen; Dual window which enables users to use two apps simultaneously by tapping Dual window button or by touching and holding back button. There is also a Quick Remote app using which you can control all compatible appliances including Television and Air Conditioners. 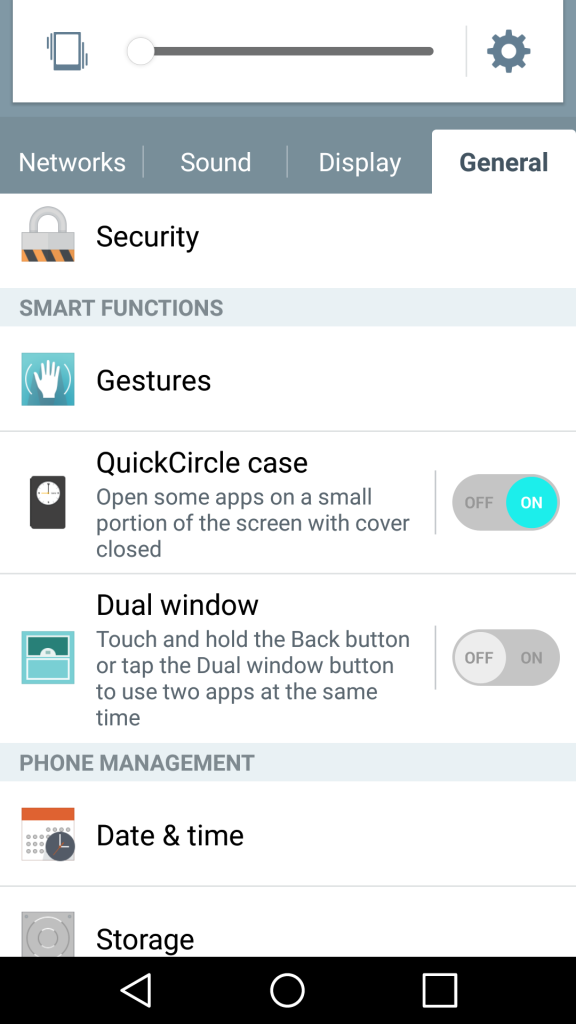 To match the curved design, LG G Flex 2 packs a curved 3000mAh battery. The battery capacity of Flex 2 is lesser than the 3500mAh battery on its predecessor LG G Flex. The 3000mAh is good enough to last for a day on moderate or high usage. Flex 2 also supports fast charging. 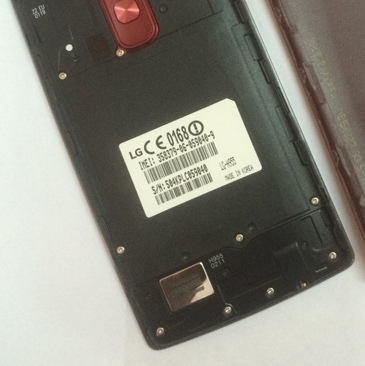 Speaker is placed at the rear which offers average audio. Loudness from the speaker is not so up to the mark and could have been better. Audio loudness and quality from earphones however is fairly good. 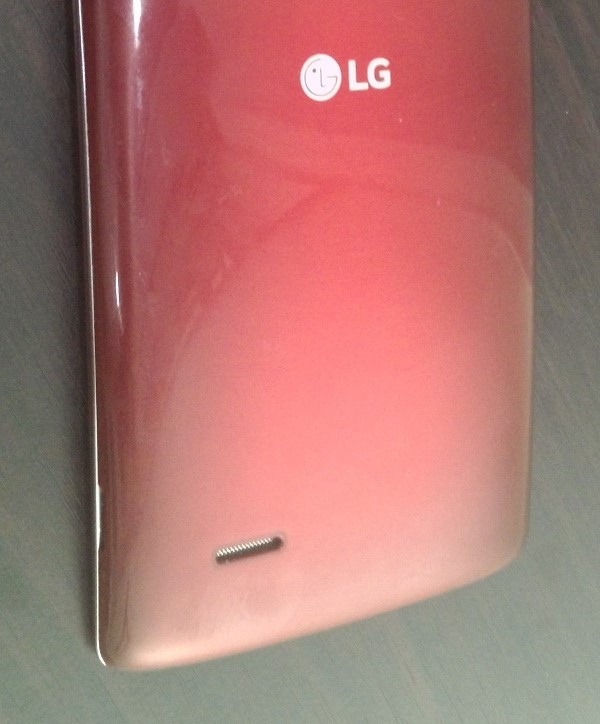 LG has tried to make a perfect balance between performance, looks and price with LG G Flex 2. It boasts of stylish and curved outfit entailing a brilliant display and beastly hardware, yet it falls short of a lot of features which its competitors offer at same or lower price. LG has tried to do things differently, but to be honest, LG G Flex 2 is designed in such a manner that it might not be the choice of every buyer. Go for this device if you have enough money in your wallet to spend on a unique looking smartphone.

Will the LG G Flex 2 find the same success as received by other LG smartphones? Share your views with us in the comments section below!