LG is all set to launch a new flagship device in its G series of smartphones. It will follow the LG G7+ ThinQ (priced at Rs 40,000) and use the same design language. Recent leaks hinted at a 19.5:9 display, dual cameras, fingerprint sensor, and a 3D front camera. Additionally, a Crystal Sound OLED (CSO) tech will allow the handset to use its OLED display as an audio amplifier. Read more to find about LG G8 ThinQ Price in India, Specifications, and Features 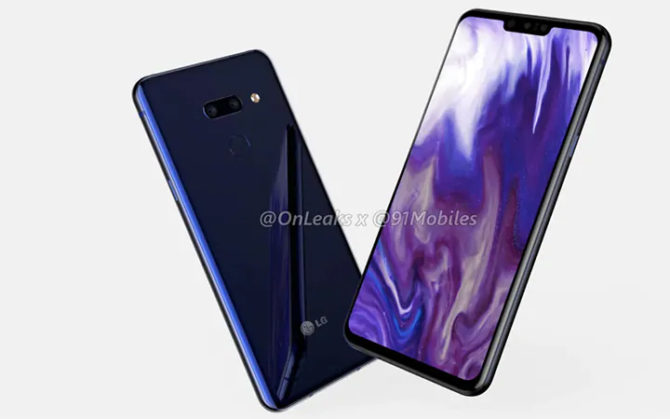 The LG G8 will be launched at the upcoming MWC 2019 in Barcelona, Spain. The South Korean giant LG has scheduled an event on February 24 where it is expected to launch the flagship smartphone. As of now, there is no information about the Indian price or launch date.

According to recent leaks and rumors, the upcoming handset sports a 6.1-inch display with 19.5:9 aspect ratio and an iPhone-like notch. It measures 152 x 72 x 8.4mm and sports a glass-sandwich design with a metal frame in the middle. A loudspeaker is placed at the bottom.

The rear panel features a horizontally aligned dual camera setup (without the laser autofocus sensor). For Time-of-Flight (ToF) technology on the front camera setup, LG has tied up with German chipmaker Infineon. It will enable 3D facial recognition and enhance the bokeh effect. The handset will also support augmented reality (AR) apps. Additionally, the company claims that it will bring ‘unique and secure verification system without sacrificing camera capabilities.’ 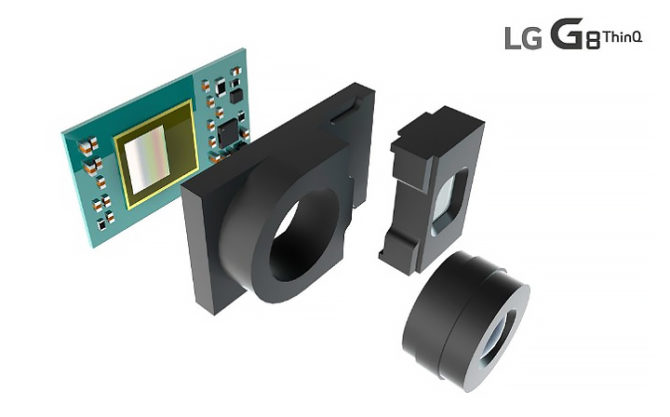 “Keeping in mind LG’s goal to provide real value to its mobile customers, our newest flagship was designed with ToF technology from inception to give users a unique and secure verification system without sacrificing camera capabilities. The LG G8 ThinQ featuring ToF will be the optimal choice for users in search of a premium smartphone that offers unmatched camera capabilities,” said Chang Ma, Senior Vice President and Head of Product Strategy, LG.

LG has also confirmed that the upcoming handset will sport Crystal Sound OLED (CSO) technology. It uses the smartphone’s OLED display as a diaphragm, vibrating the entire surface to produce sound. This eliminates the need to place your ear on a receiver. Previously, the CSO tech has been used in LG TVs. Using the entire display improves clarity.

However, a bottom speaker will be present for the speakerphone mode. LG claims that the LG G8 ThinQ will produce 2-channel audio by using the bottom speaker and the top part of the display. It will support DTS:X 3D Surround Sound, Hi-Fi Quad DAC, and Master Quality Authenticated (MQA).

The upcoming handset is said to be powered by a Qualcomm Snapdragon 855 processor. However, the company might also opt for Snapdragon 845 SoC instead. A fingerprint sensor will be placed on the back.

Connectivity options include a USB Type-C port and a 3.5mm headphone jack. It also features a dedicated Google Assistant button. A new teaser comes with the tagline – ‘Goodbye Touch’ which hints at touch-less gesture controls. The LG G8 ThinQ will come with a 3,400mAh battery.

What do you think of the LG G8 specs and features? Are you excited about the upcoming device? Let us know in the comments section below.