Motorola is working on the new generation of G-series devices. Now, the Moto G7 Play has been spotted on Geekbench. Previously, it was seen on FCC (US telecommunications certification website). It is expected to come with the new Snapdragon 625 SoC and a display notch. However, it might feature a significantly smaller battery than the G6 Play. Read more to find about Moto G7 Play Price in India, Specifications, and Features 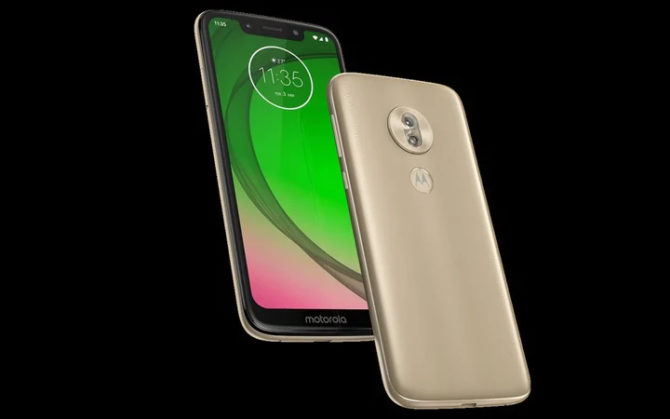 Lenovo will launch the entire Moto G7 lineup (G7, G7 Play, G7 Power and G7 Plus) on February 7 in Brazil. However, there is no confirmation about the Indian price or launch date as yet. The budget smartphone is likely to come with an affordable price tag.

As per the Geekbench listing, the upcoming handset will be powered by a 1.8GHz octa-core Qualcomm Snapdragon 625 processor and 3GB RAM. It will run Android 9 Pie operating system out-of-the-box.

Previous leaks had claimes that the Moto G7 Play will be powered by the new Snapdragon 632 processor (upgrade from the Snapdragon 400 series) along with Adreno 506 GPU. It will be backed by a 2,820mAh battery (down from the 4,000mAh battery on Moto G6 Play).

The upcoming handset will feature a single rear camera (unspecified). The selfie cam will be accompanied by a front flash. Additional features are tipped to include a USB Type-C port, 3.5mm headphone jack, and a micro SD card slot.

The budget smartphone will come in Black and Silver color options. variants. A fingerprint sensor will be placed in the Motorola batwing logo on the back. The listing also hints at the presence of a display notch (houses front camera, front flash, and speaker/ earpiece).

The Lenovo-owned brand is also working on the Moto G7 and Moto G7 Plus. Both devices will feature a waterdrop-shaped notch on front. Additionally, the company is tipped to launch Moto G7 Power.

As per recent leaks and rumors, the Moto G7 will sport a 6.0-inch display with full-HD+ (1080 x 2340 pixels) resolution. It is said to be powered by an octa-core Qualcomm Snapdragon 660 processor along with 4GB RAM and 32GB internal storage. The dual-SIM smartphone is tipped to run Android 9 Pie out of the box.

In terms of optics, the upcoming handset is tipped to sport dual rear camera setup (16-megapixel primary sensor + a 5-megapixel secondary) and a 12-megapixel selfie camera. It will be backed by 64GB internal storage and a 3,500mAh battery with wireless charging support. A fingerprint scanner will be placed on the back. Additional features include dual-band Wi-Fi support, NFC support, 3.5mm headphone jack, and a USB Type-C port.

On the other hand, the Moto G7 Plus will sport a 6.4-inch display with Full HD+ resolution. It is said to be powered by a Snapdragon 700 series processor (likely to be Snapdragon 710 SoC) along with 4GB/ 6GB RAM and 64GB internal storage. While the larger variant is likely to come with a similar camera setup as its smaller sibling, it is expected to come with a bigger battery.