HMD Global is reportedly ready to launch a new Nokia handset as part of the Android One programme (run a stock version of Android). The company is expected to launch Nokia X7 as Nokia 8.1. It was spotted last month on Geekbench benchmark site. Now, the design of the upcoming handset has also surfaced online. Read more to find about Nokia 8.1 Price in India, Specifications, and Features 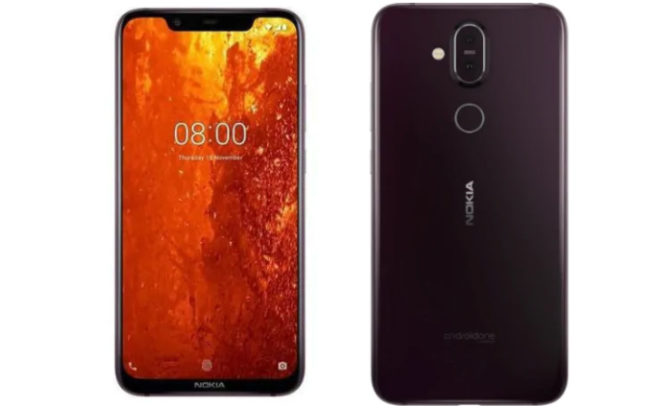 According to recent reports, the Nokia 8.1 will be priced in India at Rs 23,999 (for the base model). At its price point, the upcoming handset will take on the likes of Xiaomi Poco F1 and Honor Play.

The Nokia 8.1 is expected to come with similar specifications and features as the Nokia X7. However, it is tipped to run a stock version of Android Pie operating system out-of-the-box. The Android One smartphone is said to come in Dark Blue, Magic Night Silver, Night Black, and Night Red color options.

As per recent leaks, the upcoming smartphone sport similar design as the Nokia X7. This includes a display notch, vertically-aligned dual rear camera setup, and a dual-tone anodized metal frame.

The mid-range smartphone is powered by an octa-core Qualcomm Snapdragon 710 processor and 4GB/ 6GB LPDDR4X RAM. The 64GB/ 128GB eMMC internal storage can be further expanded via a microSD card (up to 400GB). It is backed by a 3,500mAh battery with support for 18W fast charging.

The Nokia X7 runs Android 8.1 Oreo operating system (an Android Pie update is expected to arrive soon). The mid-range smartphone comes with a Face Unlock feature and a fingerprint sensor. Other sensors on the device include an accelerometer, ambient light sensor, electronic compass, and a gyroscope.