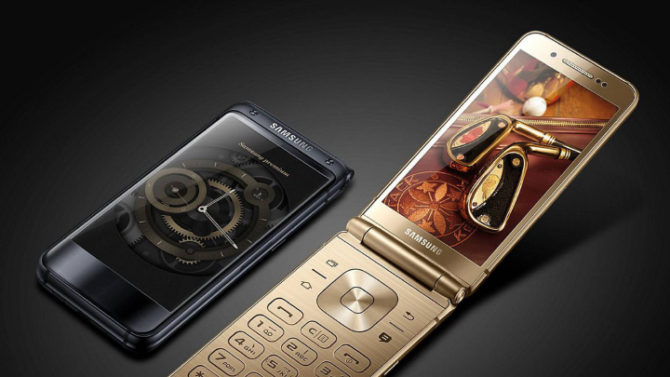 The Samsung W2019 Flip Phone comes in two variants – Gold Extreme Edition and Platinum Golden Collector’s Edition (with a Silver paint job). However, the price and availability of the new models are yet to be announced.

The new handset is likely to be a China-exclusive model (similar to the past Android flip phone models). It has already been listed on the company’s China website.

The Samsung W2019 is powered by an octa-core Qualcomm Snapdragon 845 processor and 6GB RAM. The 128GB internal storage can be further expanded via a microSD card (up to 512GB). The 3,070mAh battery offers up to 280 hours of standby time on a single charge.

In terms of optics, the new flip phone sports a dual camera on the back. It combines a 12-megapixel primary sensor (dual f/1.5-2.4 aperture) with a 12-megapixel secondary sensor (telephoto lens for 2x optical zoom). There is also an 8-megapixel front camera for selfies and video calling.

The Samsung W2019 runs Android 8.1 Oreo operating system with a proprietary skin on top. It comes with Bixby voice assistant integration. It can be easily accessed via a press-and-hold gesture on the “8” key. Connectivity options on the device include 4G LTE, Wi-Fi 802.11ac, Bluetooth v4.2, ANT+, NFC, and USB Type-C.

The Samsung W2019 is made from premium materials such as anodized, diamond-cut aluminum and glass (similar to it predecessors). The flip phone has a brushed finish. It measures 132.9 x 63.4 x 17.3mm and weighs 257 grams. A fingerprint sensor is placed on the side. Other sensors in the handset include an accelerometer, ambient light sensor, barometric pressure sensor, geomagnetic sensor, gyroscope, hall sensor, an iris sensor, and a proximity sensor.

What do you think of the Samsung flip phone? Will like to purchase the new handset? Share your views with us in the comments section below.