LG is all set to launch a new foldable smartphone at MWC 2019 next month. However, unlike the upcoming Samsung Galaxy F, it will come with an add-in display. The company is also planning to launch a smartphone called LG G8 or LG G8 ThinQ. It is also developing a new UI with aerial hand gestures. Read more to find about LG Foldable Smartphone Price in India, Specifications, and Features 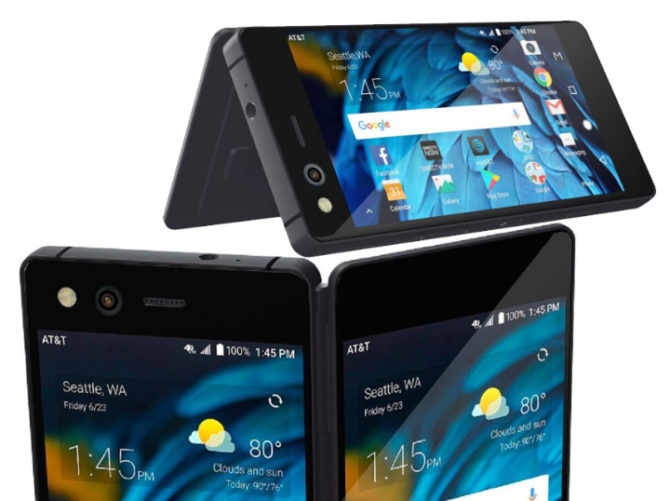 Recent reports claimed that the LG handset will be a competitively-priced alternative to other foldable smartphones. It is expected to be priced around KRW 1 million (approx Rs 63,500). The upcoming handset will be launched alongside the flagship LG G8 at MWC 2019 in February.

According to recent reports and rumors, the upcoming smartphone will attain the foldable form factor by attaching a secondary display. On the other hand, the Samsung Galaxy F will feature a large flexible display that can be folded in half.

The secondary display is tipped to be either 3-inch or 7-inch in size. Users will be able to make the screen of their regular LG handset larger with the second display. It is aimed for scenarios like watching videos, reading documents, etc. The bezels on the main add-on screen are said to be extremely thin for a better viewing experience.

Apart from the foldable smartphone, the South Korean giant will also launch LG G8 or the G8 ThinQ. The company is also developing a new user interface called ‘Touchless Input’. It will use front sensors to recognize gestures and will work even if your hands are 20cm to 30cm away from the display.

The foldable smartphones seem like the emerging trend this year. Huawei, Oppo, Motorola, and Xiaomi are also working on the new form factor. The Samsung Galaxy F Foldable Phone will be launched at the Galaxy Unpacked event on February 20. It is likely to be priced at around Rs 120,000.

According to recent leaks and rumors, the foldable display technology will allow users to seamlessly alter between a tablet and a smartphone. It will essentially work as a 2-in-1 tablet. It is tipped to sport a 7.29-inch display that will fold it into a smaller form factor (4.58 inch). It will come in a Silver color option.

In terms of optics, the Samsung Galaxy F Foldable Phone will sport a triple camera setup (a dual camera setup + third super wide-angle lens), similar to the upcoming Galaxy S10 series. It will come with 512GB internal storage. While the upcoming smartphone is tipped to come with 5G support, it might not feature a fingerprint sensor due to technical constraints. Additional features will include Bixby 3.0.

What do you think of the LG Foldable Smartphone? Will you go for the upcoming smartphone? Share your thoughts with us in the comments section below.