South Korean tech company LG has launched a new version of its LG X5 in South Korea. LG X5 2018 succeeds the handset which was launched in 2017. LG X5 2018 is packed by a 4500mAh battery which supports fast charging. 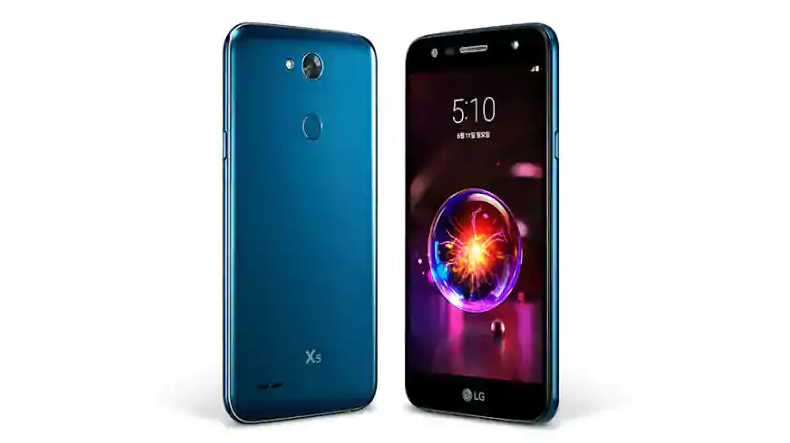 The smartphone also has the LG Pay support feature which makes it easier to make payments through compatible point-of-sale (PoS) machines. LG X5 2018 sports a rear-mounted fingerprint scanner. It accepts fingerprints to unlock the screen and even acts as a shutter button so that users can easily take photographs with a tap.

LG’s new handset will be sold through major carriers in South Korea like SKT, LG Uplus, and KT.

In the camera department, the device sports a 13-megapixel rear camera sensor with an LED flash. Up front, it sports a 5-megapixel selfie shooter with a soft LED flash.

In terms of storage, the smartphone has 32GB of eMMC onboard storage on the X5 2018. It is expandable via microSD card. In the connectivity department, the handset supports 4G LTE, Wi-Fi, Bluetooth, GPS/ A-GPS, Micro-USB, and a 3.5mm headphone jack. There is also a rear-placed fingerprint reader. The handset also has a 4000mAh battery with fast charging.

LG also launched its LG Q7 family. The new LG Q series comes in three variants with a thin-bezel build. They are equipped with AI-backed camera features. The variants are named as LG Q7, LG Q7+, and LG Q7 Alpha.

The LG Q7 family have a military-grade metallic body which is said to have passed 14 of the MIL-STD 810G tests. Prices of the series haven’t been revealed yet. The company has confirmed that the devices will be first sold in key European markets next month. It will be followed by North American, South American and Asian countries.

According to company VP Ha Jeung-uk, “With selected features just only recently introduced in our 2018 LG G7 ThinQ, the Q7 is a great combination of features, design, performance, and price.”

Article Name
LG X5 2018 Launched In South Korea, Packed By A 4500mAh Battery
Description
South Korean tech company LG has launched a new version of its LG X5 in South Korea. LG X5 2018 succeeds the handset which was launched in 2017. LG X5 2018 is packed by a 4500mAh battery which supports fast charging.
More related stories below: