Meizu has launched its latest smartphone, called the Meizu m3, in China. The device succeeds the Meizu m2 smartphone and comes with some minor improvements over the predecessor.

Under the hood, it is powered by an octa-core MediaTek MT6750 processor paired with Mali T860 GPU. On the front, the phone features a 5-inch HD display with 1280×720 pixels resolution and 2.5D curved glass for smooth touch and swipe experience. It runs Android 5.1 Lollipop operating system wrapped under Flyme OS 5.1. 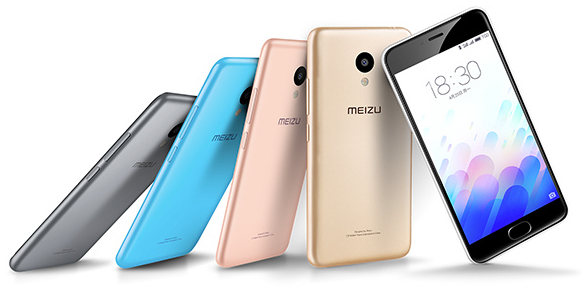 The Meizu m3 comes in two variants based on RAM and storage- one with 2GB RAM+16GB storage while other variant packs 3GB RAM+32GB storage. Both variants support expandable storage up to 128GB via microSD card. The handset sports a 13 mega pixel rear camera with dual LED flash and a 5 mega pixel front facing camera.

The hybrid dual SIM phone is backed up by a 2870mAh battery. The device measures 141.5×69.5×8.3 mm, weighs 132 grams and features a polycarbonate body. Connectivity options include 4G LTE, Wi-Fi, Bluetooth and GPS. It will be available in Grey, Gold, White, Blue and Pink color options.