Ahead of its official launch, RCom’s 4G MiFi WD670, has been spotted listed on company’s official website. At the time of writing this post, though, the listing was taken down.

As per the listing, the MiFi WD670 will support three LTE bands- 3, 5 and 40. These are the bands on which Reliance Jio and RCom plan to operate. The MiFi router is backed up by a 2300mAh in-built battery which is said to deliver up to 5-6 hours of backup time. The device also supports expandable storage up to 32GB via microSD card. 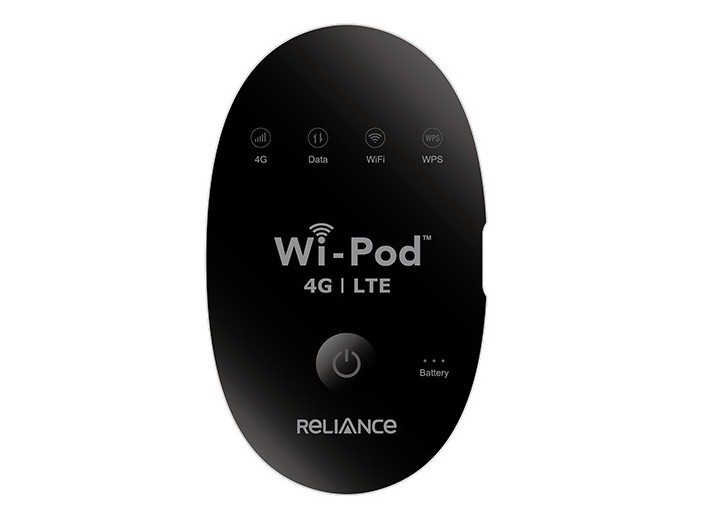 RCom’s 4G MiFi device will have downlink speeds of up to 150 Mbps and uplink speeds of up to 50 Mbps through multi carrier aggregation. Moreover, a single unit is capable of supporting 31 simultaneous users. The device measures 95x57x16 mm in dimensions and weighs 80 grams. 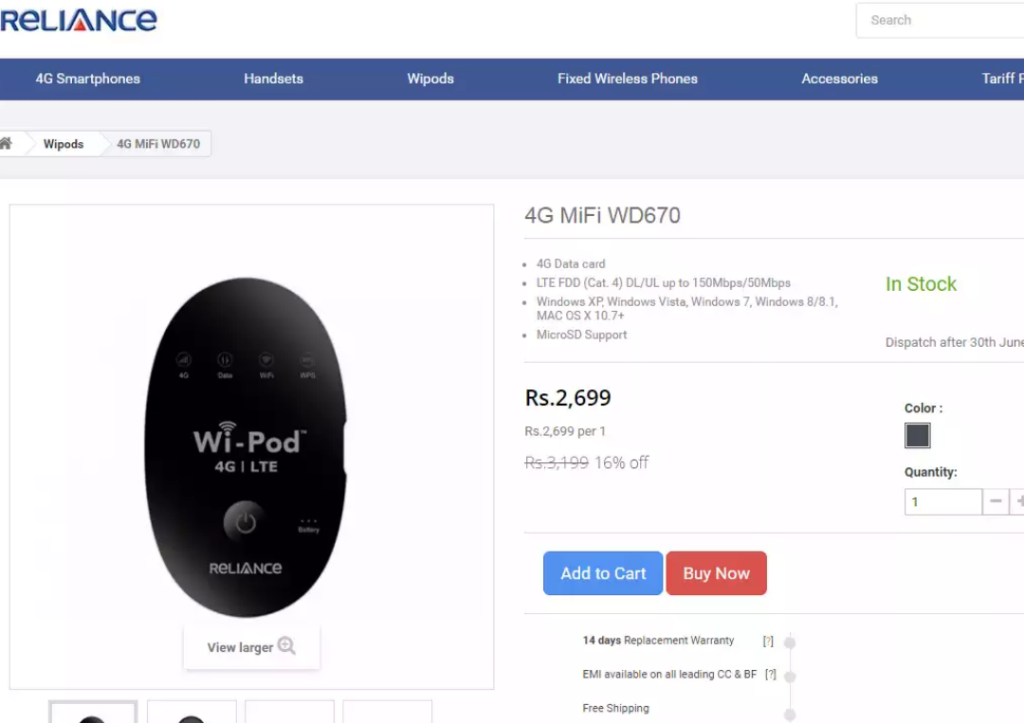 The 4G MiFi WD670 router was listed on RCom’s official e-store for Rs. 3,199. The company is also offering a discount of Rs. 500, taking its price to Rs. 2,699. As for availability, there is some ambiguity as to when the deliveries will begin. As per the listing, shipping of the device will begin either from May 25, 2016 or from June 30, 2016. It will be offered with free home delivery option.

Reliance is also gearing up for the launch of its 4G services in India. The company has already started shipping 4G SIM cards and dongles to its official brand stores in the country. It has also been revealed that the Reliance Jio SIM cards will be initially offered only with LYF smartphones and standalone SIM cards will be offered later. The company has already rolled out Jio 4G services for more than 1 lakh Reliance employees and their families across the country, in December 2015.

We’ll update you about the same as soon as more information will be made available. Stay tuned with us!