Micromax seems to be taking the phablet market by storm with every passing day. Micromax launched the A100 Canvas with a 5 inch screen and then brought out a vastly improved version of A100 in the form of A110 Canvas 2. They brought Super AMOLED display at a budget when they brought the A90 and then bettered the A90 by introducing the A90s with better processing power. And yes, they even put in 8MP units in their A90s and A110.

Micromax A101 came online a while ago when it was listed on HomeShop18.com but was listed as out of stock which meant it could not reach our hands. When the company was contacted, they said that it was an exclusive launch for the website but refused t comment any further. It has resurfaced and this time it has been made available by flipkart.com and much to the relief, is available for ordering and is in stock. The 5 inch phablet has been listed for Rs.9,999. 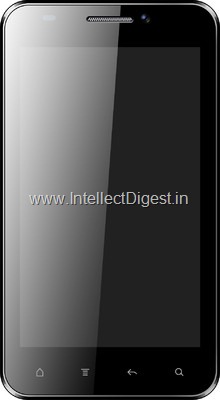 The phone runs on Android 4.0.4 and features a dual core processor which is the same one found on the A110 and A90s. It will have a dual-SIM standby and shall have two camera modules. At the rear you will find a 5MP snapper with a 0.3 MP front camera. It fill feature a 2100 mAH battery which is an upgrade from the 2000 mAh battery on the Canvas 2. It will have 512 MB of RAM which shall be coupled with 4GB of internal memory expandable up to 32 GB. 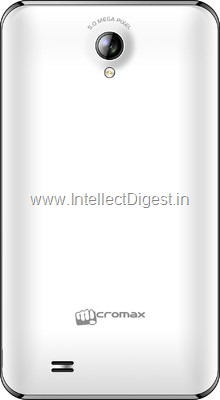 Micromax also has their Canvas 2 which is similarly specced and priced. The Canvas 2 has an 8MP snapper instead of the 5MP unit on the A101. But the A101 has more juice in its battery which gives it a slight edge over the sibling. It’s a trade-off between battery power and camera power. If you choose to go either ways, you would not make a mistake and even though it would lead to cannibalization of sales of either device, you would still end up buying a Micromax device. It’s a win-win for Micromax.