The Lumia 950 XL is loaded with high-end specs, latest features and great build. But is it better than the competition in the market? Which features make it stand apart from its rivals? Is it a value for money device? Let’s find out answers to all these questions in this post. Read on to find out hands on review of the Lumia 950 XL with video entailing details on specifications and features. 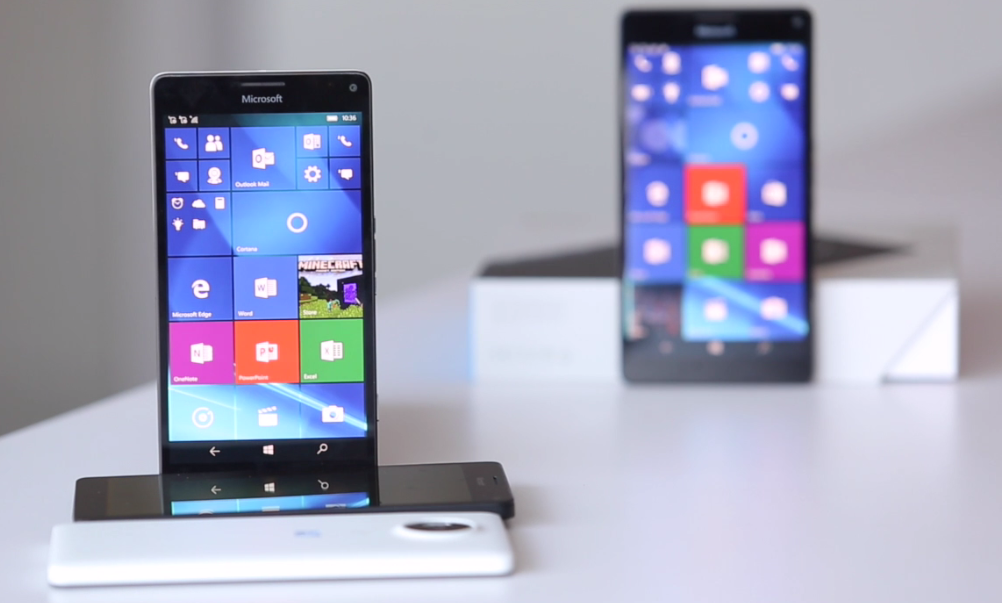 On design front, it is a sleek and well built smartphone with premium feel. On the front, there is a 5.7-inch QHD AMOLED display with resolution of 2560×1440 pixels and pixel density of 518ppi. The screen is protected against scratches by Corning Gorilla Glass 4. Display quality is great with good viewing angles. Sunlight legibility is also decent. 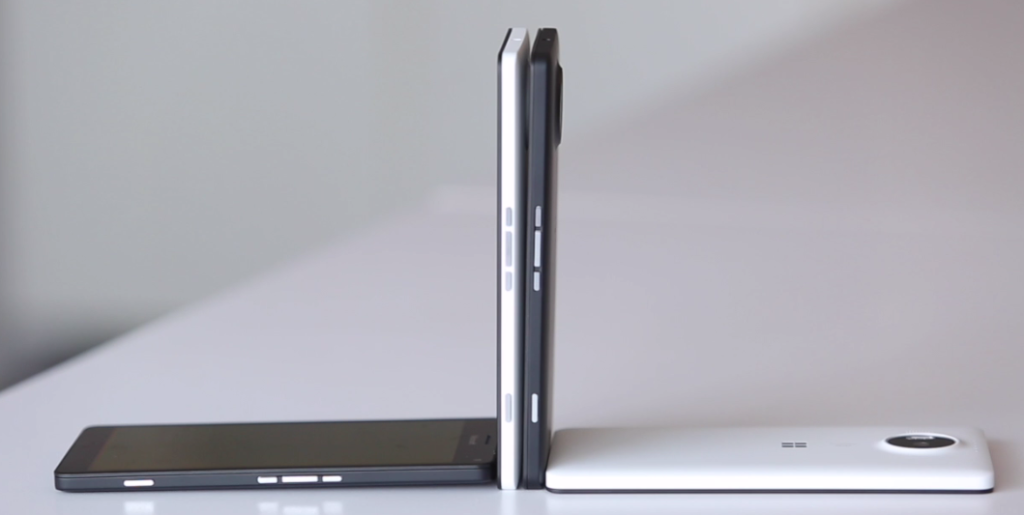 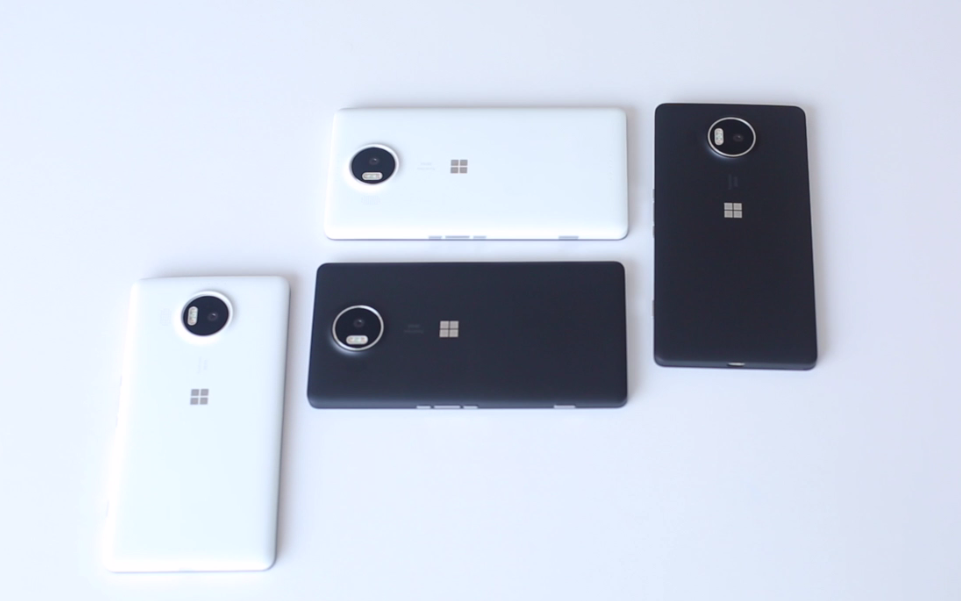 On the right edge, there is power button located between volume rockers and a physical key to launch camera. On storage front, it sports 32GB of internal memory which can be expanded up to 200GB via microSD card. There is a 20 mega pixel PureView rear camera with triple-LED flash, f/1.9 aperture and OIS. The primary camera aslo supports 4K video recording. On the front, there is a 5 mega pixel selfie camera. Both cameras take stunning shots. 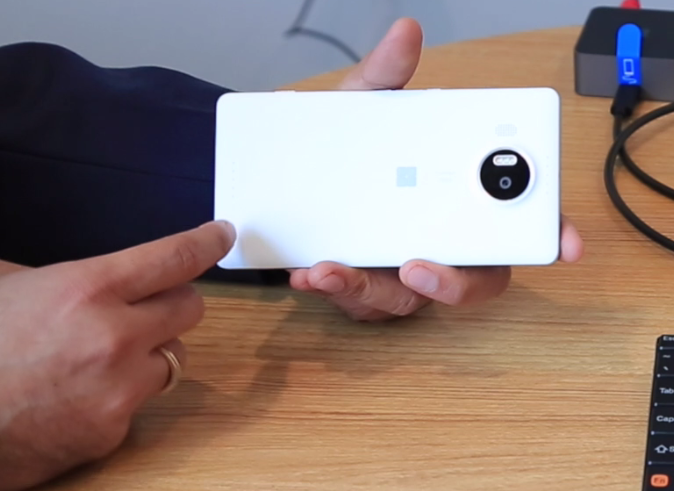 The phone is backed up by a 3340mAh battery with support for fast charging and wireless charging. It is powered by a 64-bit octa-core Snapdragon Qualcomm 810 processor paired with 3GB of RAM. As for software, it runs Windows 10 operating system. It handles multiple applications and games with ease. 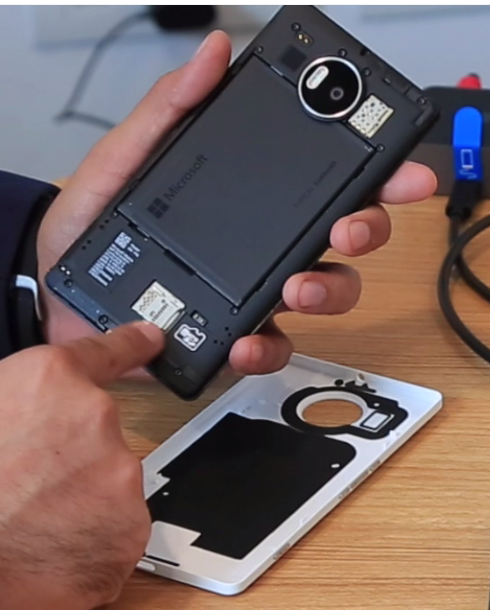 It comes with Microsoft Hello feature which unlocks the device when the user comes close and looks at the device. The phone also supports Continuum feature which turns the device into a PC. It allows users to run some apps on large display. User can also use keyboard and mouse with the device. 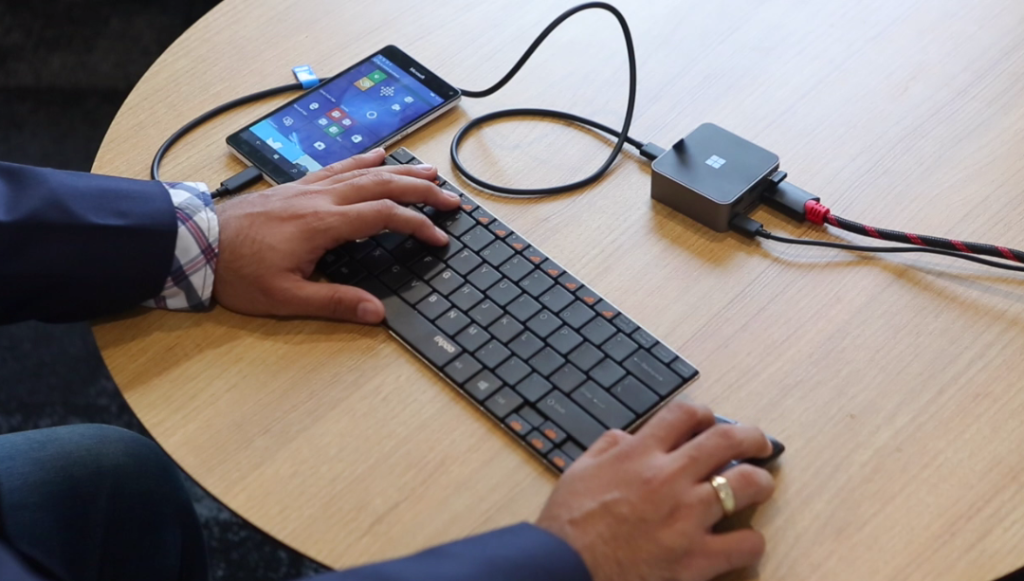 The Microsoft Lumia 950 XL is priced at Rs. 49,399 and will go on sale starting December 11, 2015. It will be available exclusively via online retailer Amazon as well as offline retailers. Pre-booking for the device start today. It comes with a limited time free offer for display dock. After the limited period, the display dock will be available to buy separately for Rs. 5,999.

The Microsoft Lumia 950 XL has top notch hardware and stunning design. It comes with large display, powerful configuration, great camera combination,  massive battery and Hello biometric system. It is suitable for those buyers who look for perfection.