Motorola is all set to upgrade its G5 series of smartphones with the launch of Moto G6. While the Moto G5 is tipped to come with a Snapdragon 450 SoC, the Moto G5 Plus is said to feature a 3250mAh battery. The details of the Moto G6 Play have already been leaked on a benchmarking site. Now, the upcoming handset has reached Taiwanese certification agency. It is said to be the most affordable handset in the new series. Read more to find about Moto G6 Play Price in India, Specifications, and Features The Moto G6 Play is expected to be priced around Rs 12,000. It is launched be launched in the second quarter of 2018.

As per latest leaks, the upcoming handset sports a similar design as the Moto X4. Highlights include a fingerprint sensor, 3D glass back and dual rear cameras. The Android (8.0 Oreo) smartphone is tipped to sport a 5.7-inch display with HD+ (720×1440 pixels) resolution. It is said to be powered by a 4000mAh battery. 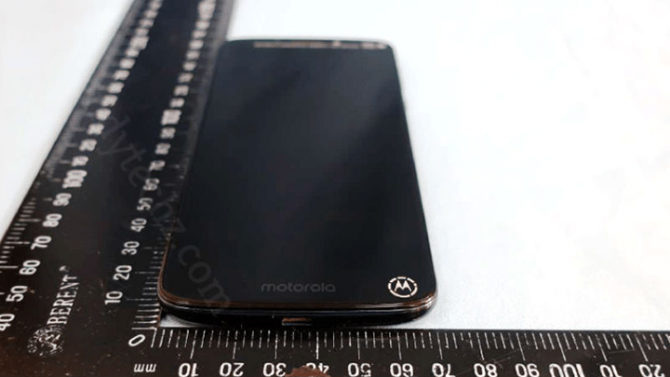 The Moto G6 Play (codenamed Blaine) is said powered by a Qualcomm Snapdragon 430 processor. It is likely to come in two variants – 3GB RAM/ 32GB internal storage and 4GB RAM/ 64GB storage. Additional features will include a Micro-USB port, a 3.5mm headphone jack and a front-facing LED flash.

While the Moto G4 Play was a toned down version of the Moto G4, the company missed the ‘Play’ variant on the G5 series. Motorola is set to launch three new smartphones in the G series – Moto G6 Play, Moto G6, and Moto G6 Plus. The upcoming smartphones have been codenamed Ashley, Blaine, and Teller respectively.

Recently, the company launched its Moto Z2 Force Limited Edition smartphone in India. It is priced at Rs 34,999 and comes bundled with a TurboPower Pack Moto Mod (worth Rs 5,999). The Moto Z2 Force features a 5.5-inch ShatterShield AMOLED display along with a Quad HD resolution. It is powered by a Qualcomm Snapdragon 835 processor along with Adreno 540 GPU, 6GB RAM, and 64GB internal storage.  The dual rear camera setup (12-megapixel + 12-megapixel) comes with Sony IMX386 sensors (1.25-micron pixels), f/2.0 aperture, phase detection autofocus (PDAF), laser autofocus, and a CCT dual-LED flash. The powerful handset is backed by a 2730mAh battery.

The company is also tipped to launch new Moto E series devices early next month. The specifications of the Moto E5, Moto E5 Play, and Moto E5 Plus have already surfaced online. However, Lenovo is yet to confirm details about the new E or G series. So, the above-mentioned details must be taken with a pinch of salt.