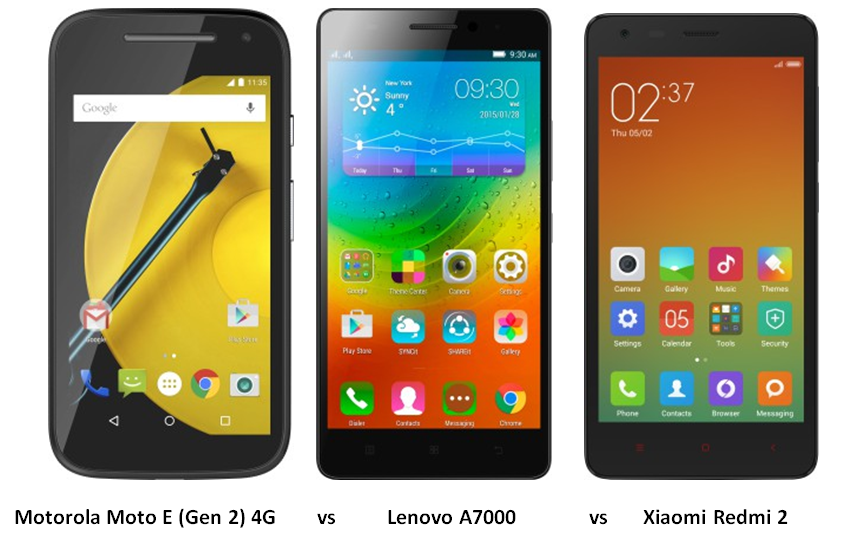 Moto E (Gen 2) 4G and Redmi 2 come equipped with 1 GB of RAM while Lenovo A7000 houses 2 GB of RAM. All the three handsets entail 8 GB of inbuillt storage which is expandable up to 32 GB via microSD card.

Motorola Moto E (Gen 2) 4G fails to impress us on many fronts. It packs smaller display, lacks rear camera flash, sports average secondary camera and average display resolution. Redmi 2 comes at a cheaper price than Moto E 4G and offers better specs. Lenovo A7000 on the other has the best spec-sheet out of the three smartphones in this comparison. It wins the battle in several departments since it packs octa-core processor, large display, impressive camera combination, large RAM, massive battery and not to forget the highlight of the phone which is Dolby Atmos sound. While Lenovo A7000 comes at a higher price, the price tag is quite is justified with the splendid package of features it offers.

Which phone among Motorola Moto E (Gen 2) 4G vs Lenovo A7000 vs Xiaomi Redmi 2 do you think is better? Let us know in the comments below!