Both Nokia 222 and Nokia 222 Dual SIM feature phones share identical set of specifications except that the latter comes with dual SIM support as opposed to single SIM support of the former. Both handsets sport a 2.4-inch QVGA LCD display with 320×240 pixels resolution and 166ppi pixel density. There is a 2 mega pixel fixed focus camera on the rear. The devices support expandable storage up to 32GB using microSD card. On software front, they run Nokia Series 30+ operating system. 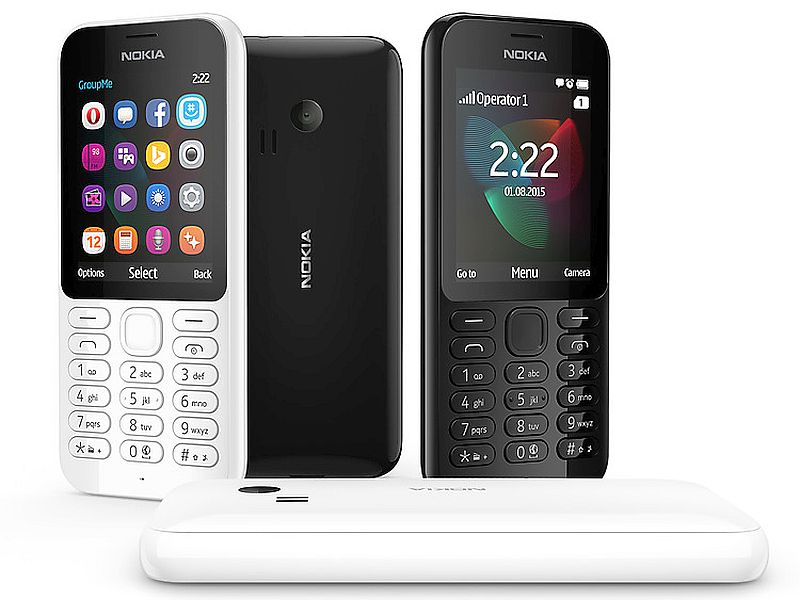 Both devices come preloaded with several apps such as- Bing Search, Opera Mini Browser, GroupMe by Skype, MSN Weather, Facebook, Messenger and Twitter. Customers will also be able to download one Gameloft game per month for free for a year.

The Nokia 222 and Nokia 222 Dual SIM smartphones will be rolled out for sale in select markets starting September 2015. Price starts at $37 (approximately Rs. 2,450), before local taxes and subsidies. The Nokia 222 Dual SIM is listed on Microsoft’s India website with ‘Coming Soon’ status hinting that the device could be launched in India in the coming days.