A few days ago, we brought to you the news of Nokia launching the world’s first ever Whatsapp dedicated mobile phone, the Asha 210 but back then, the price of the device was not revealed. Now the device has just got itself a price and it has been officially priced at Rs.3,999 and the same can be bought from Saholic.com. The price has been given for the Single SIM variant of the device and the dual SIM version of the feature phone is expected to follow soon with a price tag of around Rs.4,500. 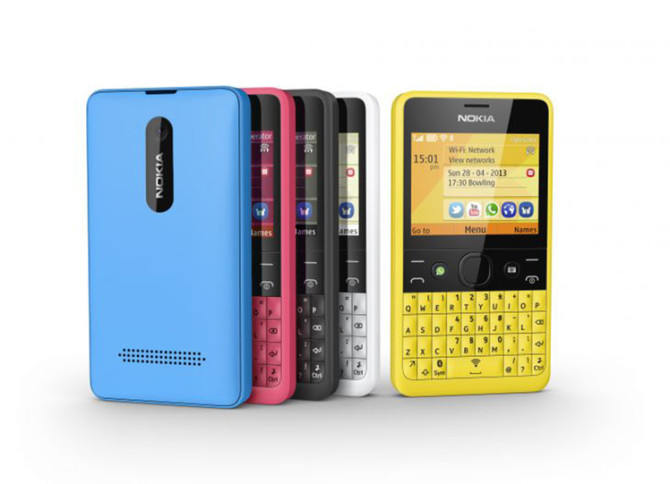 The Asha 210 comes across as  a great device with good build quality and will get itself a following amongst those who like to text a lot and like to stay online all the time over Instant Messengers such as Whatsapp.

Here’s a list  of the specifications of the device.:

Nokia gets the bulk of its sales volumes from the sale of feature phones and it makes a lot of sense if the company keeps on strengthening its feature phone range. The Nokia Asha 210 has a well laid out QWERTY keyboard with quite tactile keys which offer a good input.

The feature phone will come pre loaded with applications such as Youtube, Facebook and Twitter. The Asha 210 is a youth centric and a very vibrant device that serves its basic purpose of texting with ease. The Asha 210 is expected to reach a lot of online an offline retailers in the coming few days in both the guises, single as well as dual SIM.