Nubia (ZTE sub-brand) is all set to launch a new gaming smartphone. The upcoming handset is tipped to arrive with 10GB RAM and Snapdragon 845 SoC. The company is also expected to launch the Nubia Red Magic in India early next month (initially unveiled in August this year). Read more to find about Nubia Red Magic 2 Gaming Smartphone Price in India, Specifications, and Features 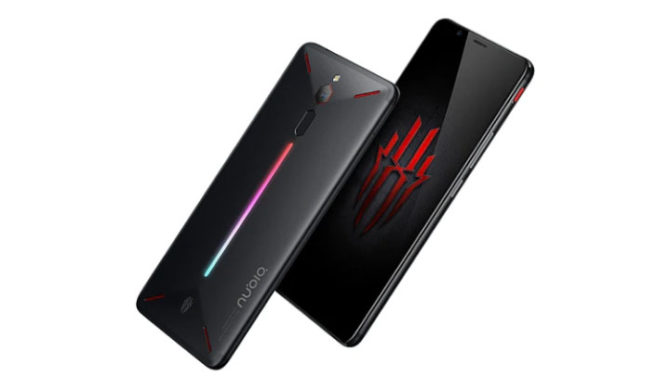 The successor of the Red Magic will be unveiled on November 28. The company is holding a launch event in Shanghai. Earlier this month, the gaming smartphone was up for crowdfunding where it managed to surpass its intended goal. It was priced at CNY 3,888 (approx Rs 40,000). The final price and availability details will be announced on November 28.

As of now, there is no information about the Indian price or launch date.

The upcoming gaming smartphone will be powered by a 1.77GHz Qualcomm Snapdragon 845 processor along with 10GB RAM and 256GB internal storage. It will also include both liquid and air-cooling technology which increases CPU performance by up to 70 percent (reduces the temperature by up to 13.2-degrees).

The upcoming handset runs Red Magic OS based on Android 9 Pie. Recently, the Nubia handset was spotted on GeekBench benchmarking site. It received a single-core score of 2375 points and a multi-core score of 9066 points. The handset also comes with an RGB LED panel at the back.

Additional features will include DTS 7.1 channel along with 3D surround sound (with stereo speakers) and 4D gaming enhancement. It will provide haptic feedback support for many Google Play titles. Users will get the real-time recognition that vibrates the handset to match different game scenes.

The new smartphone is powered by a Qualcomm Snapdragon 835 processor along with an Adreno 540 GPU, 8GB LPDDR4X RAM, and 128GB UFS 2.1 internal storage. It is backed by a 3,800mAh battery with support for NeoPower 3.0 and Nubia fast charging capabilities.