In TENAA, two alleged Oppo A5 handsets had surfaced on TENAA, a month back. Their model numbers are PBAM00 and PBAT00.

According to the listings, Oppo A5 will be built with a 6.2-inch display. The display will have a 19:9 aspect ratio. In the display, there will also be a notch. But the display will feature a lower HD+ resolution of 720×1520 pixels.

The Oppo A5 leak also states that the smartphone will be powered by an octa-core processor clocked at 1.8GHz. It could mean the phone will have the Snapdragon 450 SoC. The smartphone will also be built with 4GB RAM and 64GB internal storage.

The TENAA listing supports the earlier Oppo A5 leaks.

According to an Oppo A5 leak, the handset has a 6.2-inch screen with a display notch. It is powered by Qualcomm’s Snapdragon 450 processor with 4GB RAM.

The Oppo A5 leak was revealed by Chinese website MTKSJ. The press renders show the smartphone in full glory. There is also some information about the specs in the report.

In the camera department, the handset will sport a dual-rear camera module with 13-megapixel and 2-megapixel sensors. There won’t be any fingerprint sensor. This could suggest that the 8-megapixel selfie shooter could be used for Face Unlock.

Oppo A5 will also be powered by a 4230mAh battery.

The handset will have a polygon design on the back. It might have two color options (Blue and Pink). There also might be a 3.5mm headphone jack and a MIcro-USB port. Information regarding price and availability is not yet known. 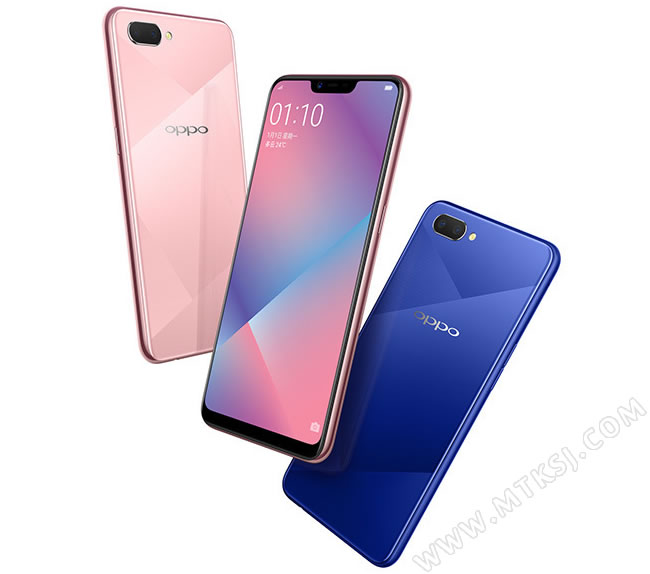