Price and Availability In India 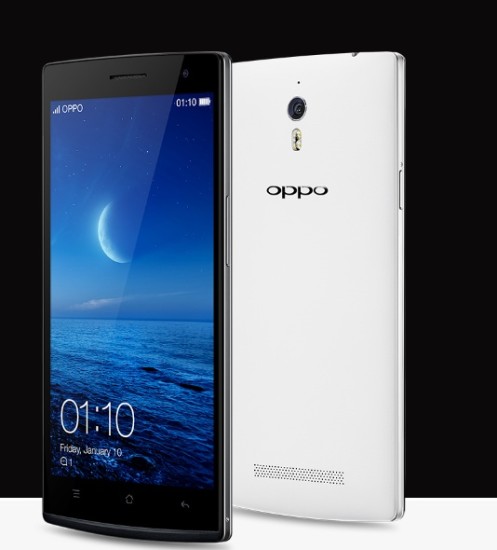 The 5.5-inch display smartphone is 9.2mm thin along with 171 gram weight. The 5.5-inch display is first which has Quad HD screen. The 538ppi screen is the highest display available right now. The Find 7’s screen made of Corning Gorilla Glass 3. So the screen is really tough, but it comes with Touch-on-Lens technology too which makes it 40% more strong in strength as compare to normal displays out there, according to Oppo.

With the design of the Oppo Find 7, Oppo is really trying to push hard any limits of design. The Oppo Find 7 comes in two colors midnight and white. There is a solid titanium-aluminum alloy frame around the smartphone. In addition, with advanced thermal dispersion, Oppo Find 7 remains always cool, so no problem of heat with this phone.

The smartphone coupled with a 2.5GHz quad core Snapdragon processor along with a graphic processor Adreno 330. Three is 3GB RAM in this smartphone so that it can handle any type of game or application available in Google Play Store. The smartphone running on Android 4.3 Jelly Bean operating system with color OS 1.2 on top.

There is 32GB internal storage in Find 7 along with 128GB memory card support. So that’s huge memory support in Find 7 so that no need to worry about the keeping data or anything.

In addition, even you can enjoy all these features of rear camera in front facing 5-megapixel camera too, which comes with f/2.0 aperture.

Talking about the battery of smartphone, it has 3000mAh battery, which comes with VOOC fast charging system. So that the battery of Oppo Find 7 charges 4 times faster than any other smartphone. The 3000mAh battery takes up to 60-minutes for fully charge. Oppo said that with the 5-minutes of charge, it could provide up to 2 hours of talk time and in 30 minutes the battery can charge up to 75%. The battery in smartphone is removable.

On the connectivity front, it has 3G, 4G LTE support along with Wi-Fi and latest Bluetooth 4.0. There is GPS and USB support as well.

The Oppo is also offering a lower version of this smartphone too. Check out the specifications of Oppo Find 7 below. The only differences between Fine 7 and Find 7a are pixel resolution, processor, RAM, Battery and internal storage. The Find 7 has 2K display while the Find 7a has 1080pixel display. There is 3GB RAM in Find 7 while Oppo offered 2GB RAM in Find 7a. There is 32GB internal storage in Find 7 while Find 7a comes with slightly lesser storage 16GB. There is 2800mAh battery in Find 7a as well while Find 7 has 3000mAh battery. The other features are same. The Oppo Find 7 priced at $599 while Oppo Find 7a priced at $499.

Oppo Find 7 and 7A have both been launched at an aggressive price as far as Indian market is concerned. Considering that they both offer top notch specs and features including latest chipsets, camera and battery performance.

If Oppo India is able to sort out their supply chain and retail in India, these phones can be really popular. Retail is one of the weak points of Oppo as of now, but we hope Oppo is doing something to sort that out. We will be able to give you detailed review very soon, stay tuned for our video coverage on our official gadgets video review channel on youtube.