Oppo has announced its latest smartphone in the R series, dubbed the Oppo R7s at GITEX 2015 in Dubai. It is powered by an octa-core Qualcomm Snapdragon 615 processor clocked at 1.5GHz paired with Adreno 405 GPU and 4GB of RAM. The handset runs Android 5.1 Lollipop wrapped under Color OS 2.1. On the front, there is a 5.5-inch full HD display with 1920×1080 pixels resolution and Corning Gorilla Glass 4.

The R7s houses 32GB of internal memory which can be expanded via microSD card. On camera front, it sports a 13 mega pixel rear camera with LED flash and an 8 mega pixel front facing camera. Backed up by a 3070mAh battery, it supports VOOC rapid charge technology. It measures 151.8 ×75.4×6.95 mm in dimensions and weighs 155 grams. 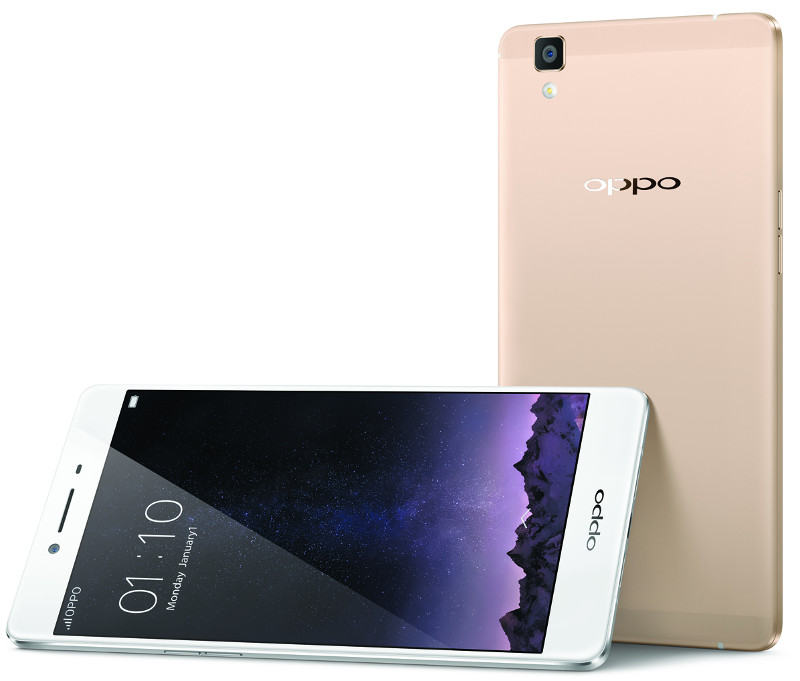 Currently there are several smartphones available in the Indian market that offer 4GB of RAM such as OnePlus 2, Asus Zenfone 2 variant and Galaxy Note 5. While the former two smartphones are priced under Rs. 25,000, the Samsung Galaxy Note 5 comes at price starting at Rs. 53,900.

The Oppo R7s will be rolled out for sale in Australia and several markets in Asia followed by Europe and USA in December. There is no word on the pricing of the device as of now. It will be available in  Golden and Silver color options.

Looking at the spec-sheet, the Oppo R7s looks like a powerful phone. Whether it is a value for money device or not will be known only after its price will be announced.