Under the hood, it is powered by a 1.3GHz quad-core processor paired with 1GB of RAM. Running Android 4.4 KitKat operating system, it features an 8-inch HD display with 1280×800 pixels resolution. There is 8GB of internal storage on board which can be expanded up to 32GB using microSD card. The device sports an 8 mega pixel rear camera with LED flash and a 5 mega pixel front facing camera for making video calls and capturing selfies. Backed up by a 4000mAh battery, it offers 3G, Wi-Fi, Bluetooth and GPS as connectivity options. The device comes with support for dual SIMs. 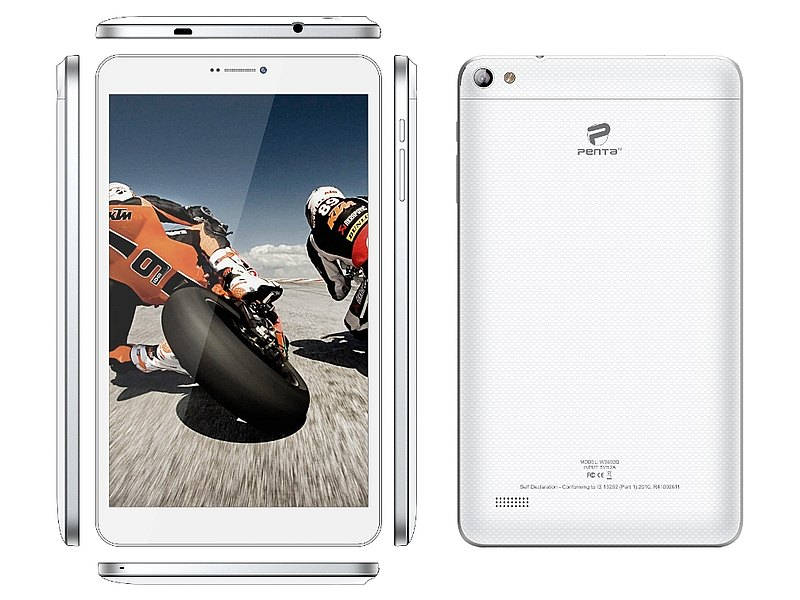 Priced at Rs. 6,999, the Penta T-Pad WS802Q 3G is available to buy exclusively from Homeshop18 and Grab The Future website.

Pantel Technologies also launched its dual SIM Penta T-Pad WS704DX tablet for Rs. 4,999 last month in September 2015. The dual SIM tablet is powered by a 1.3GHz dual-core processor clubbed with 1GB of RAM. It features a 7-inch display with 1024×600 pixels resolution and runs Android 4.4 KitKat operating system. For storage purpose, it houses 8GB of internal memory which can be expanded up to 32GB using microSD card. The tablet sports a 2 mega pixel rear camera with LED flash and a 0.3 mega pixel front facing camera for making video calls. It is backed up by a 3000mAh battery. Connectivity options include 3G, Wi-Fi, Bluetooth, USB OTG and HDMI port.